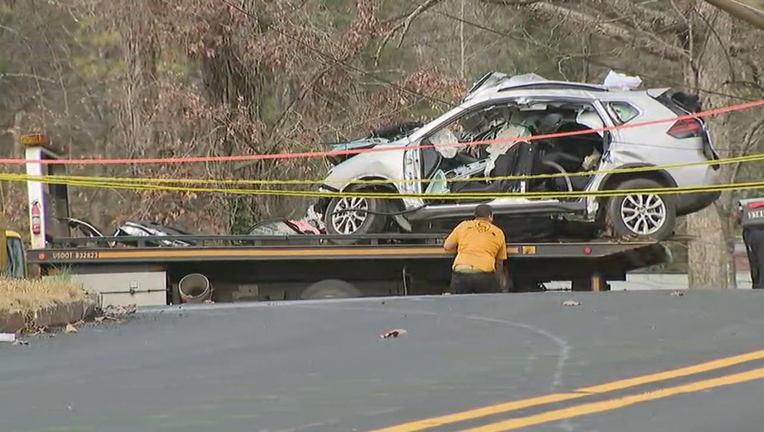 ATLANTA - Two people were killed in southeast Atlanta after they tried to flee from federal authorities executing warrants, authorities said.

Georgia State Patrol troopers were called to the scene by U.S. Marshals to assist with the fatal wreck on Forrest Park Road late Friday morning.

According to a release from the State Patrol, U.S. Marshals executed a felony warrant at a residence in the 3200 block of Forrest Park Road.

Authorities said two suspects who fled the residence in a Nissan Rogue crashed into a tree and utility pole aat 3798 Forrest Park Road.

Both suspects died at the scene, according to the Fulton County Medical Examiner's Office.

It started with U.S. Marshall attempting to serve a warrant but ended with two cars involved in a double fatal crash

On Friday afternoon, the State Patrol identified the two as David Cannimore, who they say drove the car and his passenger, Bryce Metts.

Video of the wrecked SUV showed the driver's side of the vehicle ripped off as workers loaded it onto a wrecker.

In their original release, the State Patrol said U.S. Marshals were executing felony warrants for homicide, robbery, and aggravated assault. But by Friday afternoon, troopers said the driver only had a failure to appear warrant and neither Cannimore nor Metts were the people they were originally looking for. 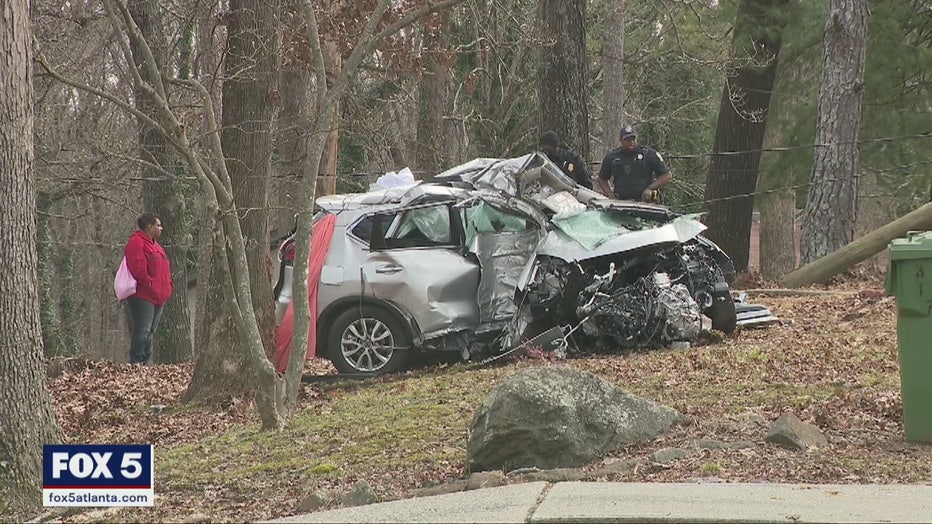 According to the news release, there was “NO pursuit” of the suspects.

Atlanta Police recently announced a policy change that they will no longer chase suspects in the city, but that policy does not apply to the Georgia State Patrol.