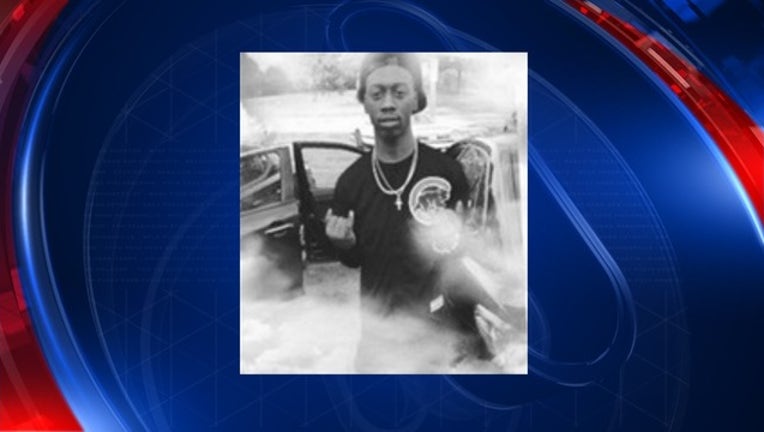 ATLANTA - UPDATE: Phillips family attorney Chris Stewart released this statement Thursday morning about the date set for the release of the surveillance video.

"The family of Deaundre Phillips is relieved that the Atlanta Police Dept. has decided to release video that shows the last moments of his life.  After watching this video for themselves, Deaundre's family feels even more strongly that justice will prevail in this case. We will provide additional comment following release of the video February 24. Until then, we will continue in our quest to get to the truth for the Phillips family."

The officer involved in the shooting of 24-year old Deaundre Phillips has been named. Atlanta Police Chief Erika Shields identified that 11-year veteran Yasin Abdulahad was the officer who shot and killed Phillips.

Abdulahad was assigned to the Gun Reduction Task Force at the time of the incident. On Tuesday, Atlanta Police Chief Erika Shields did not release the officer's name due to anonymous threats made against those involved.

The Atlanta Police Department also revealed plans to release the surveillance footage of the shooting on February 24th. Police say that District Attorney Paul Howard and GBI Director Vernon Keenan are conducting interviews for the investigation before the footage is released to make sure no witness can view the tape before making an official statement.

The footage has been shared with the Phillips family and their attorney, Chris Stewart.

“I am not pleased with the perceived lack of transparency surrounding this incident. Police shooting investigations should be characterized by two principal factors—finding the truth and total transparency to the public.," said Chief Shields. "Accordingly, Mr. Howard and I agreed to sit down within the next several weeks and develop a detailed protocol for these investigations, so that the Atlanta Police Department, the District Attorney’s Office, the GBI, the media, and most importantly the public will know exactly what to expect. Mr. Howard and I both agree that members of the public should work with us to develop this protocol.”

The shooting occured on January 26th in front of the Public Safety Annex, located in the 3400 block of Donald Lee Hollowell Parkway. According to investigators, two Atlanta Police Department officers drove to the facility to complete administrative duties.

Police said as the officers parked and got out of their vehicle, they smelled marijuana coming from another parked car. They approached the vehicle and found inside a man, later identified as being Phillips.

Atlanta police said the officers began a conversation with Phillips, who exited the vehicle. Then, according to police, Phillips "lunged" back into the car and tried to flee.

Investigators said one of the officers was partially in the passenger side of the car as the vehicle tried to flee. That's when the investigator opened fire, striking and killing Phillips.

According to Atlanta police, Phillips had an active warrant out for his arrest from Fulton County. Police also said there was a firearm visible on the floorboard of the passenger side of the vehicle he was in.

The family's attorney released a statement after the shooting arguing that police left out important details.

"He was actually a passenger going to the Atlanta Annex on purpose, to a police department on purpose, with his friends to pick some documents," said attorney L. Chris Stewart. "How two plain clothed detectives ended up getting into a confrontation with the man the driver last saw sleeping when he went inside, we don't know."

Last week, Hundreds of people march to the Atlanta Police building, in a protest demanding answers from police. The ordeal has caused some tensions between community members and officers, as residents have expressed outrage over the shooting.

"The family deserves justice, and Deaundre does too," said protester Haroun Wakil.

"That's what they're really mad about. It's not like he had a gun, flashing it. He was sitting in a car smoking," said protester Raheem Jones.