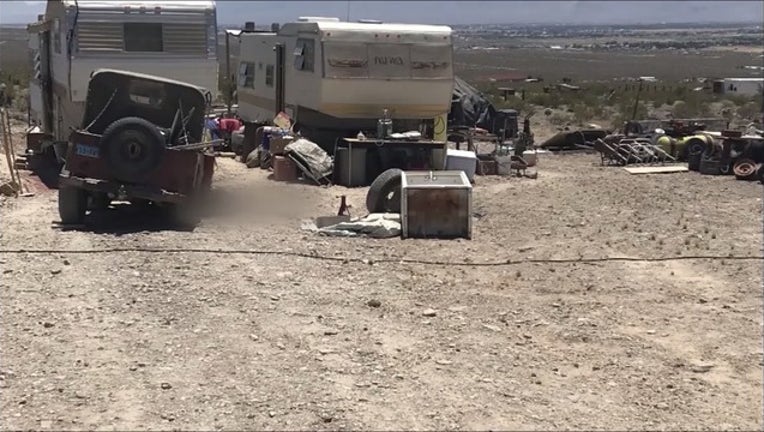 On July 9th Nye County deputies were dispatched to the area of Churchill Road and Becky Lane in Pahrump after receiving reports of a man pinned under a car.

Once on scene they located the 56-year-old deceased man underneath the vehicle.

The sheriff’s office says his death may be the result of the vehicle falling off the jack during Thursday’s 6.4 earthquake in Ridgecrest.

The man was last seen alive July 3rd at a gas station. His identity has not been released.