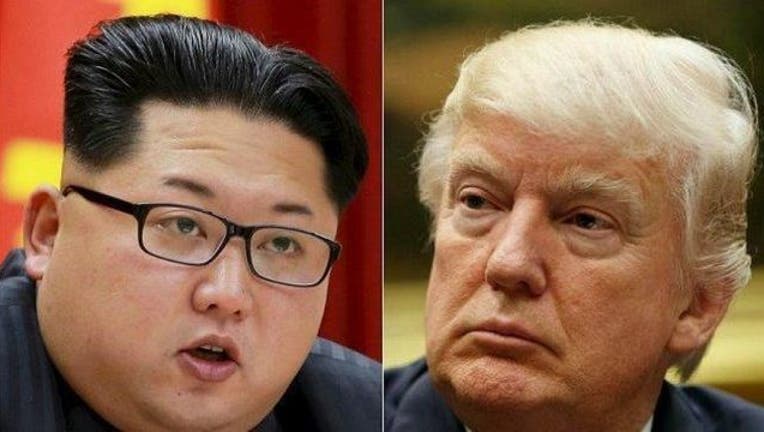 FOX NEWS - There’s “no way to stop” Kim Jong Un’s regime and its missile and nuclear program, a North Korea expert told Fox News on Thursday, the warning coming amid Pyongyang's continued threats to sink Japan and blast the U.S. “into ashes and darkness.”

The expert expressed doubt about reining in North Korea’s trajectory in achieving its military goal, adding the use of any “military force” would send the peninsula into war. He said sanctions and regional diplomacy wouldn’t work, either.

“I don’t think, unfortunately, there is no way to stop them,” Lankov said. “No way…A use of military force, but that would result in a second Korean war. That would be an absolute disaster.”

He added: “They will not want to talk about denuclearization…they could talk about a nuclear freeze…in exchange for political and economic concessions."

Lankov provided a glimmer of hope amid the dour analysis, saying he’s only “mildly worried” and believes Kim is rational and knows a war with the U.S. would end his regime.

“It is alarming, there is the probability of mistakes, misunderstandings, stupidity…just bad luck,” Lankov added.

North Korea continued its bombastic and bellicose threats against the U.S. and its neighbors on Thursday – this time vowing to sink Japan with a nuclear bomb and reduce the U.S. “into ashes and darkness.”

"The four islands of the archipelago should be sunken into the sea by the nuclear bomb of Juche. Japan is no longer needed to exist near us," a statement released by the state’s official Korean Central News Agency said. “Let’s reduce the U.S. mainland into ashes and darkness. Let’s vent our spite with mobilization of all retaliation means which have been prepared till now."

Japan’s Chief Cabinet Secretary Yoshihide Suga called the threat “extremely provocative and outrageous" and said it “significantly escalates tension in the region and is absolutely unacceptable.”

South Korea President Moon Jae-in on Thursday dismissed the notion of developing or receiving nuclear arms in an attempt to deter the North, according to Yonhap News Agency.

"I share the view that the South has to increase its defense capabilities in response to the North's advancing nuclear and missile capabilities, but I don't agree to the idea of South Korea developing nuclear arms on its own or seeking the redeployment of tactical nukes," he said.

A new round of sanctions against North Korea was issued on Monday after the United Nations Security Council voted unanimously to pass the resolution which bans all natural gas liquids and condensates but caps crude oil imports. All textile exports are also banned and countries are prohibited from authorizing new work permits for North Korean workers.

But despite efforts to sink the regime’s economy, North Korea seems to be moving forward with its nuclear and missile program, reportedly resuming work at its underground nuclear testing site, according to defense analysts. A report by 38 North said satellite images captured a large cargo truck at the Punggye-ri Nuclear Test Site on Sept. 8, possibly prepping for another nuclear detonation. The regime conducted its sixth nuclear test earlier this month.