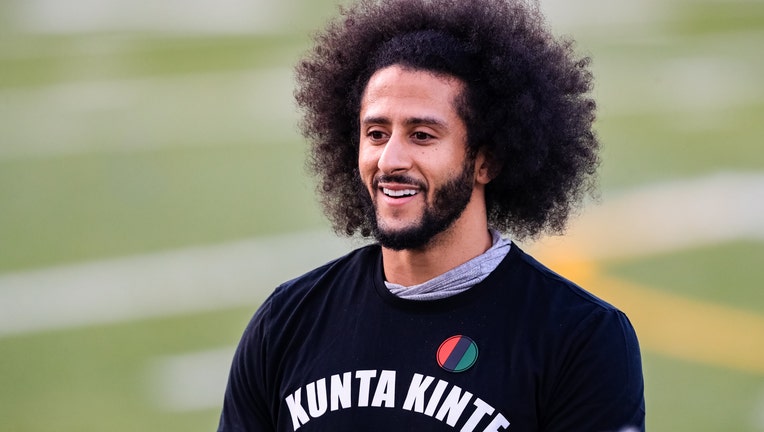 Any chance free-agent quarterback Colin Kaepernick had of returning to the NFL has likely passed, according to comments Commissioner Roger Goodell made Wednesday.

Speaking to reporters at the league’s winter meetings in Irving, Texas, Goodell addressed last month’s scheduled Kaepernick workout for NFL teams – an event that all but collapsed when Kaepernick decided at the last minute to relocate it away from the facility he and league officials had agreed upon.

“We’ve moved on,” the commissioner added, suggesting that the league was finished considering Kaepernick for future workouts or team roster openings.

The originally scheduled workout for Kaepernick appeared to be a breakthrough following a three-year dispute in which Kaepernick has been unable to get a job with an NFL team since he and the 49ers parted ways at the conclusion of the 2016 season.

The split followed the quarterback’s kneeling protests during the national anthem before 49ers games. He and other players alleged that the league had blackballed him because of the demonstrations, which Kaepernick said were intended as objections to police brutality against African-Americans and other minorities.

The protests, which caught on with other players but have now largely ceased, proved problematic for the league as fans’ reactions were divided. Many critics – including President Trump -- interpreted them as being disrespectful to the national anthem, the American flag and the service of the men and women in the U.S. military.

For the November workout, Kaepernick and his associates wanted the event open to the media but the NFL objected, so the quarterback decided at the last minute to move the event to another location so reporters could attend. About 25 teams had sent representatives to attend the original event but only eight teams sent personnel to the rescheduled workout, Yahoo! Sports reported. No contract offers followed for the quarterback.

Kaepernick, who led the 49ers to the NFC Championship Game following the 2013 regular season, has long stated that he has stayed in shape and is capable of rejoining the league if a team agrees to sign him.