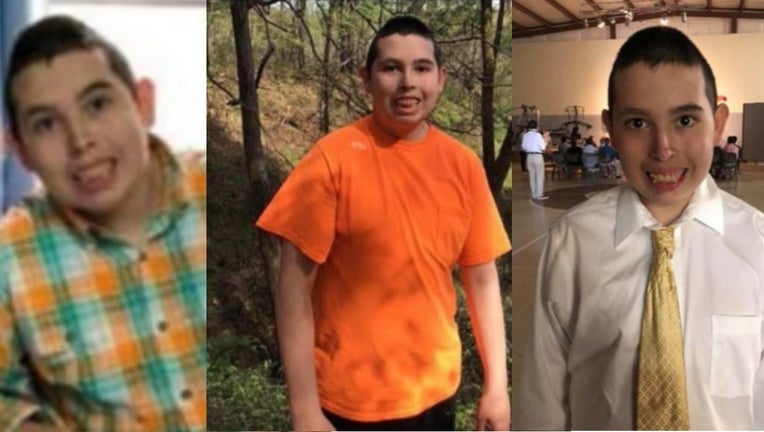 WALNUT, Miss. - The FBI is conducting a nationwide search for a missing 14-year-old Mississippi boy with Autism for more than a week.

Nathan Alexander Covarrubias was last seen the afternoon of May 29 near County Road 772 in Walnut, Mississippi, according to the FBI.

The FBI described the boy as being 5-feet-7-inches tall, weighing about 150 pounds, with brown hair, and brown eyes. He was last seen wearing a blue long-sleeved shirt and khaki pants.

The FBI said the young teen has been diagnosed with autism, disruptive mood dysregulation, and bipolar disorder.

The Walnut, Mississippi Police Department, the sheriff’s offices in Alcorn and Tippah counties, the Mississippi Bureau of Investigation, and the FBI are all investigating.

Anyone who sees him should call 911 immediately. Anyone with information surrounding his disappearance should call the FBI Jackson Field Office at 601-948-5000.