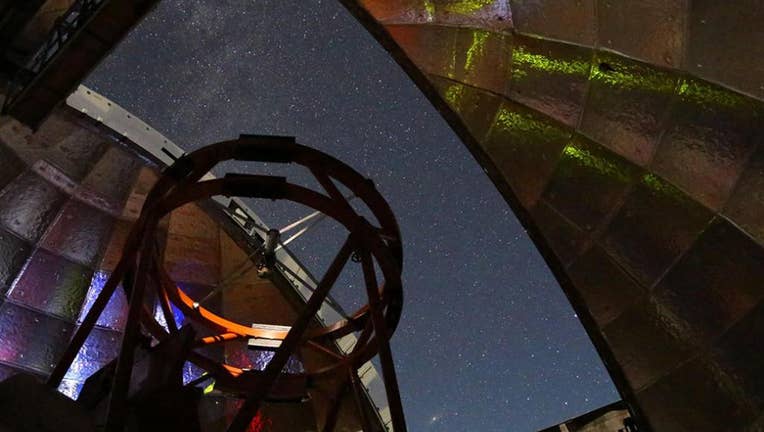 This photo shows the view from inside the dome of NASA’s Infrared Telescope Facility during a night of observing. The 3.2-meter (10.5-foot) telescope atop Hawaii’s Mauna Kea will be used to measure the infrared spectrum of asteroid 2001 FO32. (Credit

The largest asteroid predicted to pass by planet Earth this year will be at its closest in March 21, according to scientists, but there's no reason to fret about it getting too close.

Since the asteroid was discovered in 2001, said Paul Chodas, director of the Center for Near Earth Object Studies (CNEOS), scientists have accurately predicted its trajectory.

The asteroid, named 2001 FO32, will be about 1.25 million miles from Earth at its closest point March 21. That's more than five times the distance between Earth and the Moon.

While that grants the celestial objects the designation of a "potentially hazardous asteroid" by NASA's Planetary Defense Coordination Office, the proximity is mostly scientifically significant for astronomers. There's no predicted threat now or for several centuries, officials say.

The asteroid will hurdle past the planet at 77,000 mph, officials said. It picks up speed while traveling through the solar system during its orbit around the sun. The asteroid completes one orbit every 810 days.

MORE ABOUT AIR AND SPACE