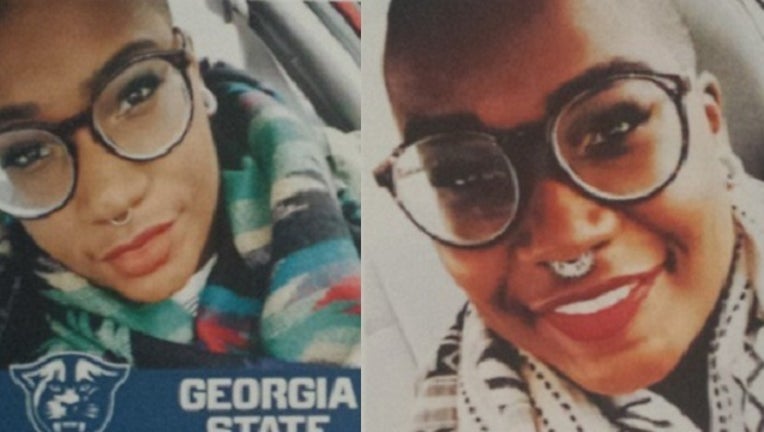 UPDATE: Monique Priester has been found safe according to the Gwinnett County Police Department. Further details were not available.

Family members said they last saw Monique Priester, 21, when she left her home in Dacula Friday and took an Uber to the GSU campus.  Someone later spotted the college sophomore near Metropolitan Parkway in southwest Atlanta

Priester lives with her mother, Jacqueline Vanloo Al-Kush and her stepfather, Maajid Al-Kush, who have not heard from her in days.

"It's unlike Monique not to communicate with her family or her friends," said her stepfather. So, I'm really concerned that you know, maybe while she was out something happened to her to where she couldn't make it home."

Family and friends believe her phone is off because calls go straight to voicemail and Priester has not updated her social media accounts since her disappearance.

Priester is described as being 5 feet, 2 inches tall and weighing about 150 to 155 pounds. She has dark brown eyes and dark brown hair that is close shaved. She was last seen wearing a gray t-shirt with lettering and shorts. Priester has a tattoo on her left forearm, gauges in both ears and a septum piercing.

Family members said she suffers from depression and anxiety disorder for which she takes medication.