Major League Baseball is paying minor leaguers through April 7th, and is working on a plan for how to support them going forward during the COVID-19 outbreak.

CHAMBLEE, Ga. - Like so many people with so many jobs, the coronavirus outbreak was a severe curveball for minor league baseball players.

"We had a meeting about two hours after news broke," said Braves minor league pitcher Sean McLaughlin, a Northview High School alum. "They were just as confused as we were."

Players across baseball were at their spring training facilities in either Arizona or Florida when the virus started to spread in America. Like sports fans, they were watching as one by one, leagues began putting their seasons on hold.

Giants minor league pitcher Mac Marshall, a former Parkview High School star, said things seemed stable even as COVID-19 began getting into the headlines. Players heard that management was having meetings to decide what to do.

Learn more about the coronavirus outbreak in Georgia

"The next day, they text us, clean out your locker, you've got to get ready to go," said Marshall. "A lot of us were on a flight the next day."

For the most part, players went back to their homes. Marshall and McLaughlin spent Tuesday morning working out at Ninth Inning Baseball in Chamblee. Places to train are getting harder to come by as cities limit how many people can gather at one time. For some, the more pressing questions are about finances.

The majority of minor league players receive a stipend during spring training, then are paid during the season itself. At first, when seasons were put on hold, there were a lot of questions about if they would be paid at all during the stoppage. 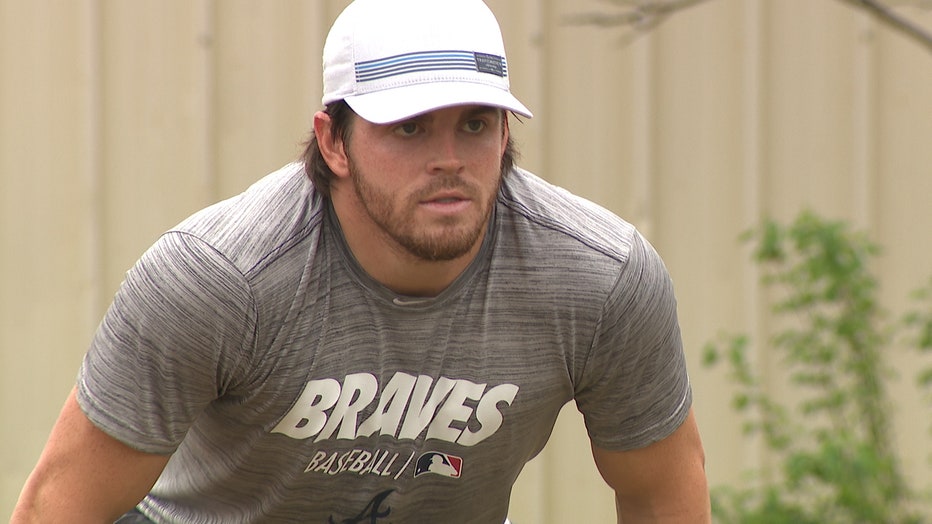 Since then, Major League Baseball has said all minor league players will be paid through April 7. An Atlanta Braves official says all the major league teams are working with the league to figure out how to support their minor league players, much like many are trying to do with game day employees at stadiums. The details are still being worked out.

"I'm in a much more fortunate situation with my family," said McLaughlin. "A lot of my teammates aren't, and they're living paycheck to paycheck."

Minor league salaries are actually being increased across the league starting next season, but they remain modest. The minimum salary is as low as $270 per week.

Parkview alum Will Ethridge is a pitcher in the Rockies organization. The former Parkview High School standout is living back home with his parents, and working out in the basement as well as at local private facilities.

"I'm one of those fortunate minor league baseball players who has a good area to stay," said Ethridge. "I'm lucky enough that I got a good signing bonus and a good organization I play for, that they make sure we're taken care of, don't have to worry about getting a job right now in this time of crisis where there's not much that's open."

The players that spoke with FOX 5 all emphasized that they are in good situations: both as players, with places to train and live; and in society, having jobs they love while so many are without work. They're confident their MLB teams will take care of them.

"My mind's just, it's not like anybody's doing this on purpose," said McLaughlin. "Everyone's finding out new information day by day like we all are. I'm not holding it against anybody that we don't know what's going on, because I don't think really anyone does."

In the meantime, players are trying to get the most of of a strange situation. Those training at local facilities like Ninth Inning Baseball are happy to see former high school teammates and rivals, and share any information or news they might come across.

"We're all dealt the same hand in a way, so we're all in it together," said Marshall. "Trying to help eachother out the best we can."