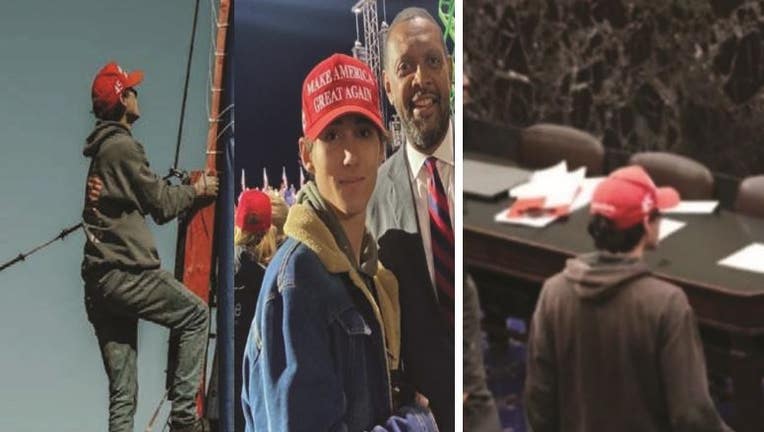 MILTON, Ga. - A teenager arrested by the FBI in Milton and saddled with a litany of charges related to the Jan. 6, 2021, breach of the U.S. Capitol has raised more than $20,000 to pay for legal expenses.

A fundraiser on GiveSendGo.com launched by friends and family of Bruno Cua raised $20,550 by Wednesday night with a goal of $250,000.

The fundraiser describes Cua as an avid outdoorsman and passionate supporter of former President Donald Trump. It alleges he was assaulted in prison before he was released in March 2021 after his arrest in February.

"Join us in a fight for the future of an exceptional 18-year-old, who attended the January 6th rally at the Capitol," the fundraiser's description reads. "Although he went to Washington with his parents planning to display his flag, young Bruno was caught up in the frenzy of mob mentality, when he entered the Capitol, following hundreds of older adults. The bright future ahead of him is in jeopardy with an upcoming trial where he faces multiple felony charges and many years in federal prison."

The FBI complaint said surveillance cameras and video from The New Yorker show Cua clad in the jean jacket roaming the Senate floor and getting into a "physical altercation" with a United States Capitol Police plainclothes officer, who was armed with a baton. Cua was later seen walking down a hallway "twirling a baton in his right hand" as he tried to open a door, the complaint said.

Cua, who used to operate a YouTube channel that's since been suspended, wrote on social media that he "stormed" the Capitol with others who "physically fought our way in."

"Yes, for everyone asking I stormed the Capitol with hundreds of thousands of patriots. I'll do a whole video explaining what happened. This is history. What happened was unbelievable," Cua wrote. "Yes, we physically fought our way in."

Cua is charged with 12 total crimes and the Department of Justice reports he pleaded not guilty to all of them.