JACKSON, Ga. - Two men involved in a fight reportedly sparked by racial slurs outside a Waffle House turned themselves in to Butts County deputies in connection with the shooting death of a third man, the Georgia Bureau of Investigation announced Wednesday. 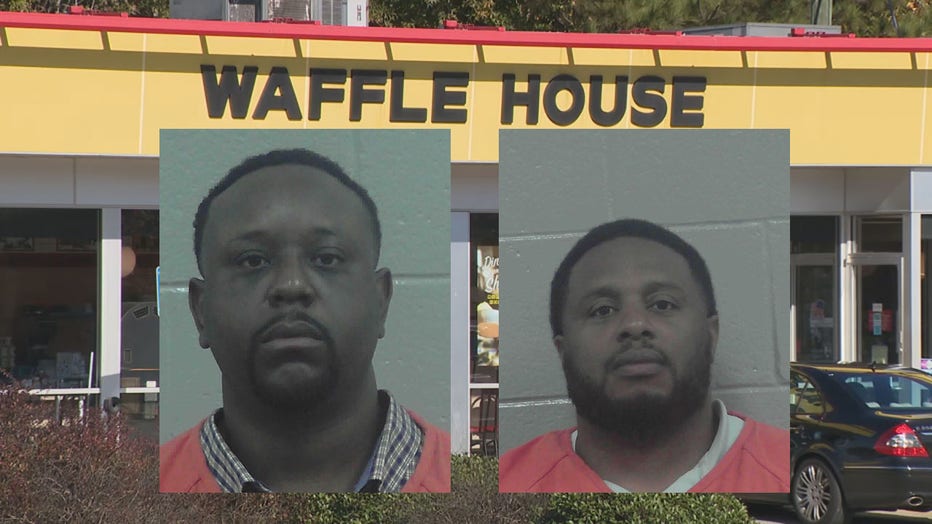 Two men involved in a fight reportedly sparked by racial slurs outside a Waffle House turned themselves in to Butts County deputies in connection with the shooting death of a third man.

According to a GBI news release, 36-year-old Robert Lewis Henderson Jr. and 39-year-old Antonio DeMarty Evans turned themselves in at the Butts County Sheriff’s Office Wednesday morning at 9.

On Tuesday, GBI agents obtained arrest warrants for the Flovilla men for the shooting death of 27-year-old Nicholas Phinazee Bryan of Milner.

Investigators charged Henderson with one count of murder and one count of aggravated assault and Evans with tampering with evidence.

Their arrests come after the Nov. 1 death investigation that occurred at the Waffle House in Jackson, Georgia.

In an earlier release, the GBI said Bryan had called other customers racial slurs and started a fight before the shooting.

Agents with the GBI’s Region 6 office responded early Friday, Nov. 1, to the Waffle House at 3201 Highway 36 West in Jackson, at the request of the Butts County Sheriff’s Office.

The call came after the Butts County Sheriff’s Office received three calls late on Halloween night on Thursday, Oct. 31 from the Waffle House.

According to a GBI news release, the first call was about an irate customer, the second was about a fight, and the third was about shots fired.

When deputies arrived, they found Bryan of Milner with a gunshot wound.

According to the GBI, Bryan had a confrontation with Henderson and Evans.

Agents said Bryan had used racial slurs towards Henderson and Evans when he was asked to leave by the Waffle House staff.

The release said Bryan and Evans then had a “physical altercation” when Henderson fired one shot and struck Bryan. 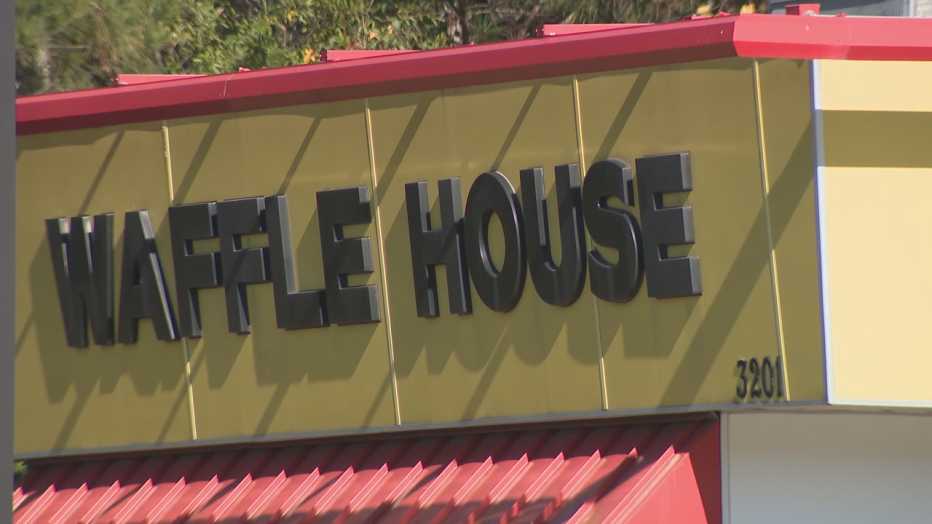 Agents transported Bryan’s body to the GBI Crime Lab for an autopsy.