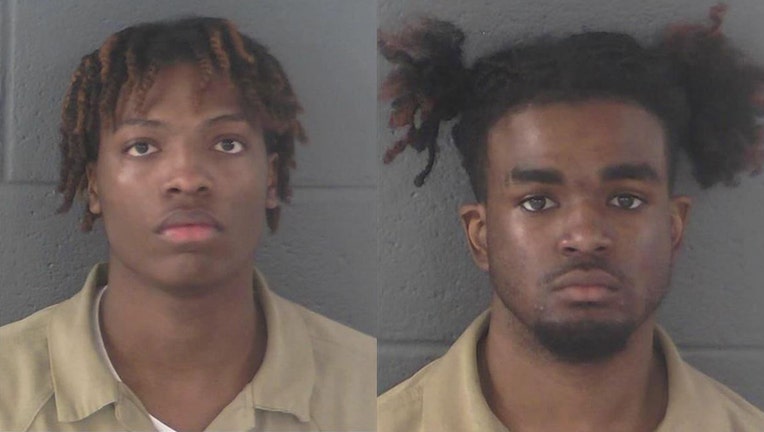 ATLANTA - Two men were arrested after walking on a high school campus in Newton County with a BB gun air pistol on Monday.

Damontay Marchico Hampton and Jamel Rayshan Weaver were both charged with criminal trespass and giving a false name to a law enforcement officer. Hampton was also charged with carrying a weapon on the school campus.

Officials said the two men walked onto the campus of Newton High School on Monday forcing the school to go into lockdown. The two were taken into custody before entering the building.

Neither Marchico nor Weaver are students at the high school and were not authorized to be on campus.

Officials did not say why the men said they were there.

Both were booked into the Newton County Jail.