Pastor Terrell Scott is now trying to get kids off the same streets he used to sell drugs from. How he got from dealing cocaine to helping others deal with life.

MCDONOUGH, Ga. - He once trafficked cocaine in McDonough but now Pastor Terrell Scott does community outreach in the very neighborhood he once sold drugs.

One could argue the Scotts are doing the unimaginable. The lives they once lived are so different from the work they’re doing now, and they said that’s exactly the point.

"I'm a living witness that anyone can change," Pastor Scott said.

"I had a lot of ambition, excited about life, made a lot of bad decisions," he said. "First it was partying. I'd do sports and whenever I’d get injured I’d start using drugs heavily and honestly, we started making a lot of easy money really fast."

That easy money lured him, as he lured others.

Scott, a 39-year-old Henry County High School graduate, said he often gained people’s trust by getting to know them and using the weaknesses to bait them.

A McDonough man who once sold drugs on the streets is looking to expand his youth outreach to help keep kids off the streets.

Brandy Scott was one of those deceived. Still reeling from her mother’s death and turning to drugs for release, Terrell, an old friend, had her robbed at gunpoint.

"So, I told my dad about the drugs and he said, iIf I ever hear you're with that boy I’ll kill you and him too,’" she said. "Well, 13 years later we're married, with five children, running a ministry in the same neighborhood."

Brandy said she forgave Terrell. The two said the forgiveness their faith encourages brought them closer together, pulled Terrell out of prison and positioned the two as community leaders today.

Every Thursday, through the Malachi project the Scotts and other members of their church provide care packages at the McDonough housing authority— the very neighborhood they once dabbled with drugs. 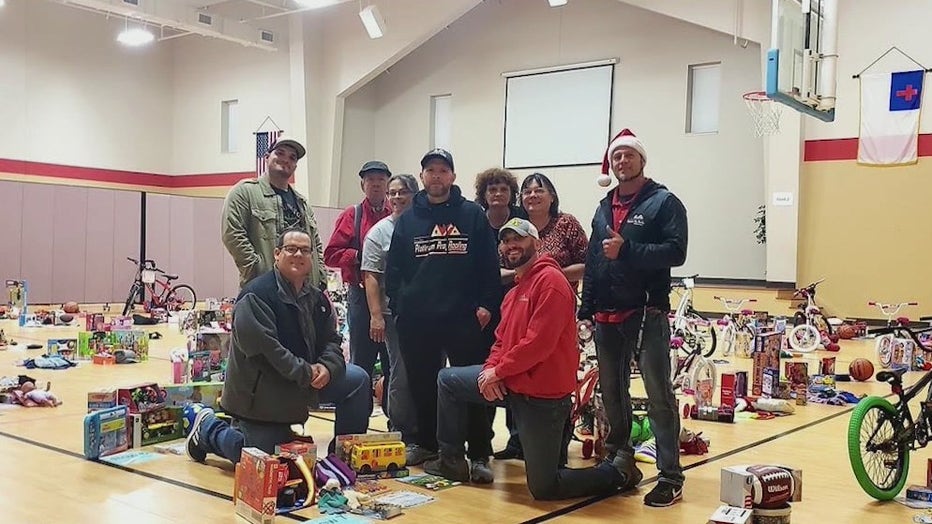 Pastor Terrell Scott, who once sold drugs on the streets of McDonough, is now working to get kids off the streets through the Malachi Project. (Family photo)

Scott said it’s his way of preparing the next generation.

"I'm glad my son made me change," Mauriceo Martin said.

Martin said if it weren’t for his son choosing the Malachi project over after-school football, he’d still sell substances.

Scott told FOX 5 he’s working on the zoning for a new community outreach building in McDonough that will expand their efforts even further.