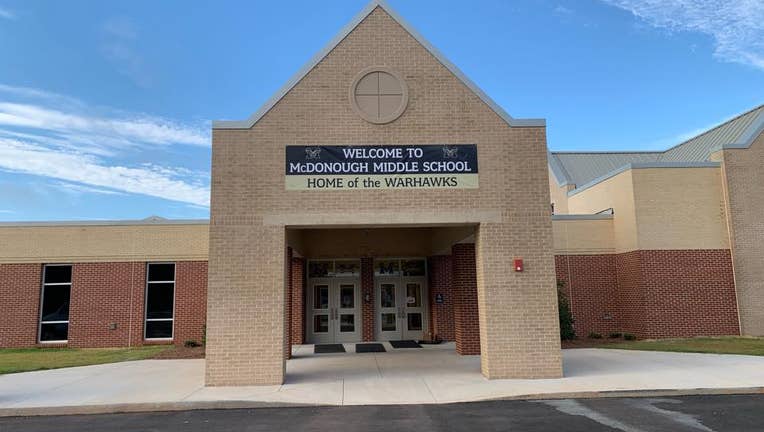 MCDONOUGH, Ga. - A McDonough middle school is mourning the loss of one of its students who was stabbed to death over the weekend.

According to investigators, two groups of teens got into a fight over a cellphone. During the fight police say a 15-year-old student pulled out a pocketknife and fatally stabbed a 13-year-old student.

Police arrested the 15-year-old and charged them with murder. They are currently in police custody.

Charges are also pending against a 17-year-old and 14-year-old, who have both been released to their parents.

Due to the ages of the suspects and victim, officials are not releasing any names at this time.

McDonough Middle School officials confirmed with FOX 5 that the victim did go to the school.

"Our condolences go out to this student’s family and school community during this difficult time," school officials said in a statement. "We will have counselors available to speak with any student or staff member needing to speak with someone."