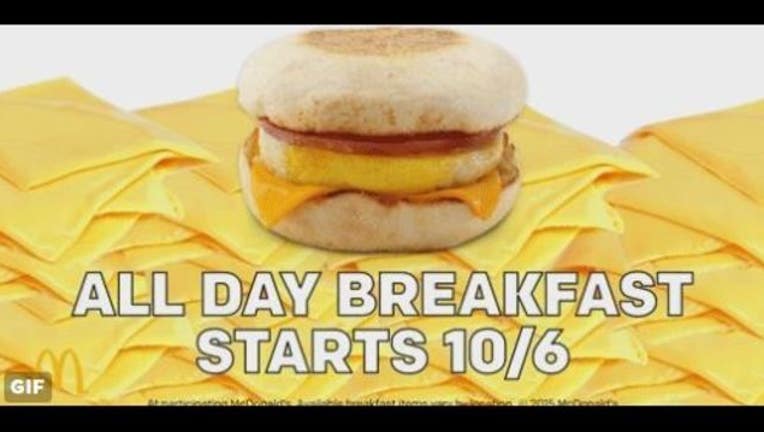 According to reports, the move to all-day breakfast was approved in a vote by franchisees last week and affirmed on Tuesday by a franchisee leadership council.

McDonald’s Twitter account cleverly announced the switch to all-day breakfast by responding to customers’ requests. The first announcement tweet read “@_johnlee_ You open on 10/6? Asking for a McMuffin. Hoping to do lunch, but available all day. #AllDayBreakfast”