ATLANTA - Fire crews are searching for what sparked an early morning fire at a southwest Atlanta apartment complex.

Shortly after 2 a.m., Atlanta Fire rescue crews responded to the two-alarm fire. By the time they go to the scene, the building was fully engulfed in flames.

FOX 5 cameras caught the flames shooting through the roof of the two-story building as crews worked to get under control.

The battalion chief on scene says the fire reached into the attic space and ran the full length of the building.

The flames forced residents and those in nearby apartments to evacuate.

"There was a lot of smoke when I opened the door. I went outside and the fire was on my building. I couldn't even get upstairs to get my children out of the house," one resident told FOX 5. "I was calling their names, telling them to come on. That's when I grabbed them and my coat and went outside." 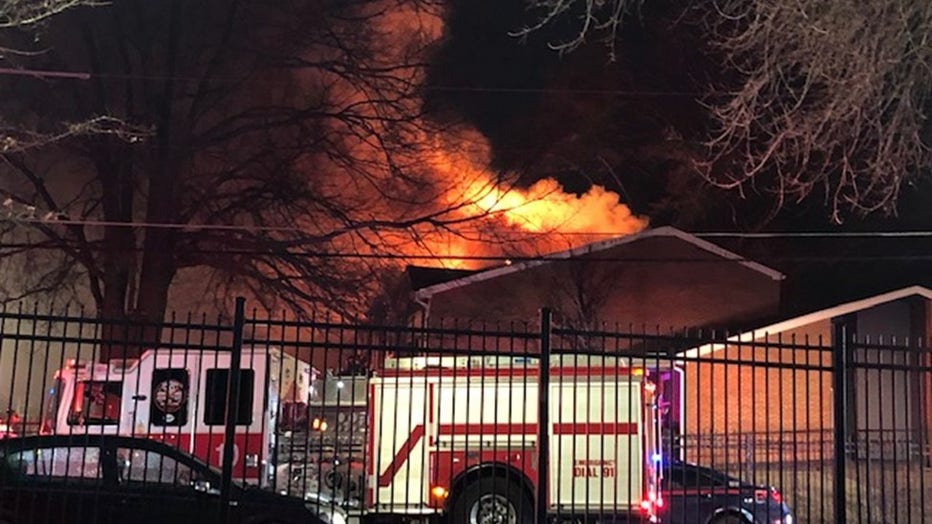 As crews battled the flames, the building became unsafe and forced the firefighters inside to evacuate.

Crews brought out ladder trucks and a total of eight fire units responded to the scene.

"I'm just glad we got out of there and everyone got out of the building," a resident said. "I don't know what's going to happen now, but our building is gone. I know that."

Officials have not released the number of people displaced by the blaze but have said eight apartments were damaged.