MARIETTA, Ga. - Two drivers crashed into each other in Marietta, and when they got out of their cars, that was only the beginning of the chaos. Another driver slammed into them seconds later, and now, both women are in the hospital in serious condition. 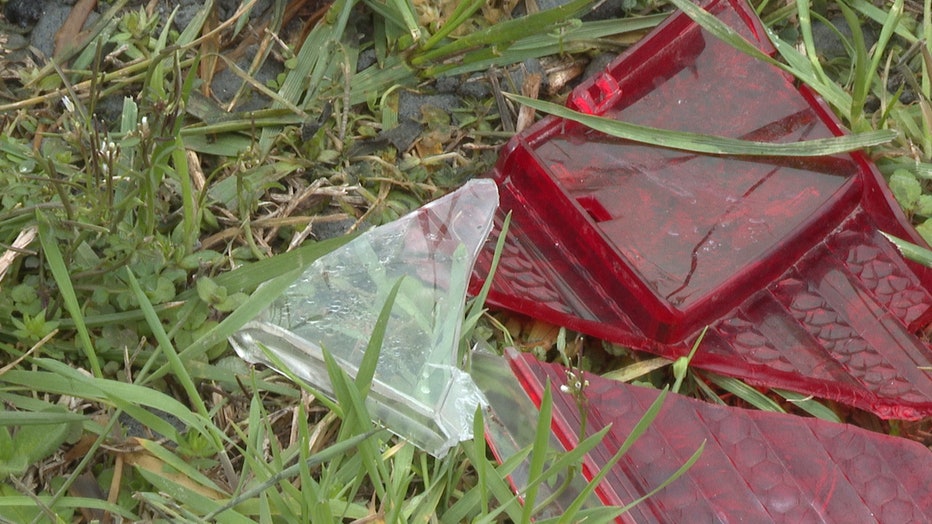 Shattered glass and splintered pieces of plastic lay across the Canton Road Connector. On Monday night, two women got out of their cars after getting into a crash, blocking the intersection.

"The unfortunate situation turns tragic from there," said Officer Chuck McPhilamy of the Marietta Police Department.

"What we actually saw was them being hit a second time by another motorist," said witness, Kimberly Peace Hill.

CLICK HERE FOR MORE NEWS ABOUT CRIME AND PUBLIC SAFETY

Moments after the initial crash, a driver hit the cars left in the intersection, slammed into a second driver next to him, and that caused the first driver to hit one of the women's cars. The two were hit by one of their own cars and thrown into the air.

"They received some extensive injuries when they were so violently pushed," said McPhilamy. "They flew through the air."

One witness stopped by to help the women who were lying in the road. "I put my coat over her because her clothes were ripped, and she was exposed, and then I ran to check on the other victim," said Peace Hill.

She had to walk quite a distance to find the second woman who was lying in the road.

"I put my hand on her face and got really close to her so she could see me to let her know that I was there to protect her," said Peace Hill.

Soon after, paramedics rushed the women to the hospital with life-threatening injuries.

"When I got home, my clothes, my phone my coat, were bloody...it was intense," she said.

Marietta police are still hoping more witnesses come forward as they investigate what caused this crash.
For Peace Hill, she said she's praying for the strangers she tried to help.

"We care," she said. "There are so many people that were there that night that were concerned," Peace Hill said.

Officers said there may be charges pending in the investigation.