Manhunt continues for suspect after chaos at Atlanta airport

Police say Kenny Wells has been on the run since his gun allegedly went off at the Atlanta airport security checkpoint Saturday afternoon.

Police say Kenny Wells has been on the run since his gun allegedly went off at the Atlanta airport security checkpoint Saturday afternoon.

Police say the firearm went off after Kenny Wells lunged for his bag for the weapon while waiting for a search. After the shot was fired, Wells ran off from the checkpoint and reportedly escaped through the airport's front door

The shot caused chaos at the airport, with passengers running for safety and not sure what was going on. 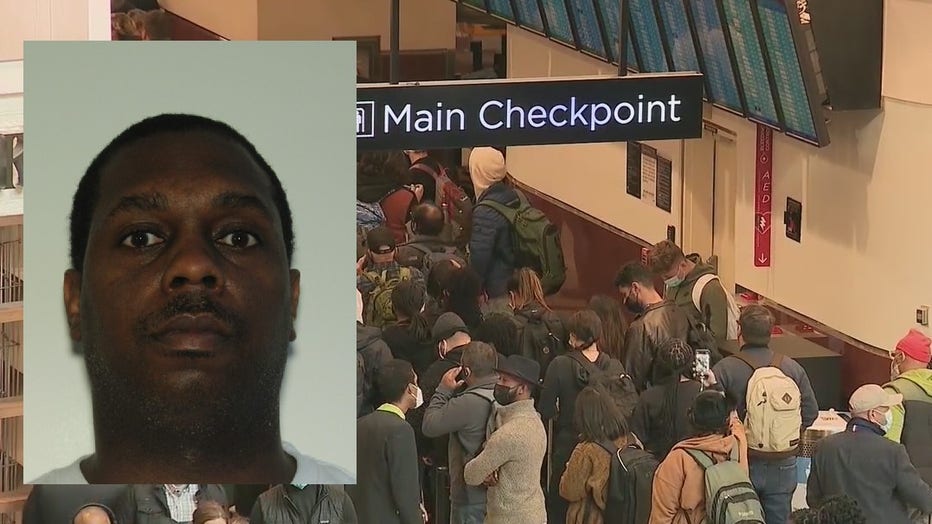 The airport issued a ground stop. Hours later, police gave the all-clear and TSA restarted screening passengers. By then the line went all the way to the baggage claim with some people trying to find the items they left while fleeing.

The airport’s police commander, Maj. Reginald Moorman said Wells was being sought on charges including carrying a concealed weapon at a commercial airport, possession of a firearm by a convicted felon, discharging a firearm and reckless conduct.

"We are actively pursuing this individual as we speak," Moorman said at a news briefing Saturday evening with TSA and airport officials.

The discharge caused a frenzy on social media as alarmed travelers posted videos to Twitter and other sites showing and describing moments of chaos and confusion at Hartsfield-Jackson Atlanta International Airport, one of the nation’s busiest.

A former Clayton County solicitor said he was not surprised to learn other passengers were stopped for weapons in their carry-on bags. These cases are similar to hundreds of cases throughout the year.

Authorities said three people suffered minor injuries, including one person who fell in the airport’s atrium area away from the checkpoint, and two complaining of shortness of breath. Police said they had to work crowd control until things calmed.

A TSA official said no one was shot.

"We were fortunate that when the firearm went off, no one was seriously injured," Robert Spinden, the TSA’s director of federal security for Georgia, said at the airport briefing. Officials didn’t immediately disclose the type of weapon involved.

Atlanta-based Delta Air Lines is offering passengers a travel waiver for anyone who missed a flight due to Saturday's chaos at the airport.