NEW YORK (FOX5NY.COM) - A baby boy abandoned by his mother's ex-boyfriend outside a brownstone in Harlem was reunited with his mother.

The NYPD said the man who abandoned the child turned himself in.

Atonio Staton, 22, was arrested and charged with kidnapping, reckless endangerment and endangering the welfare of a child.

Police said that moments later Staton put the child in an outside foyer behind a table and shopping cart to keep the boy from getting out. He then walked across the street, placed a bag full of diapers in a garbage can, and took off, police said.

Authorities released a photo of DJ as well as security camera images of Staton who left the child in front of 272 West 132 Street at about 11 a.m.

Police sources told FOX 5 NY that Staton picked the toddler up from daycare early as a way of getting back at the boy's mother for breaking up with him.

A neighbor said she heard sounds from outside, opened her door, and saw the boy.

"I looked over and the baby started whimpering and put his arms up for me to pick it up," she said. "I picked up the baby and said, 'It's okay.'"

When she realized he had been left alone, she called the police. She may have saved the boy's life.

"When I gave the baby to the officer and walked away the baby started crying, calling me 'mommy,'" she said. "It brought tears to my eyes."

The boy was placed in the custody of the Administration for Children's Services.

As cops tried to figure out what happened, police dogs alerted them to the boy's knapsack and the area where he had been left.

Police brought the boy to a hospital to be evaluated. Cops located the boy's mother, who told them Staton is her ex-boyfriend.

Alandria Clark told FOX 5 NY that she does not know why the daycare let Staton leave with the boy. She went to family court on Friday where a judge ruled that she should get custody.

Police sources said Staton has more than 10 prior arrests including burglary and selling drugs. 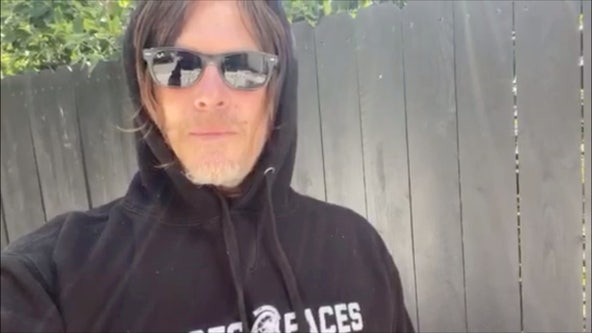