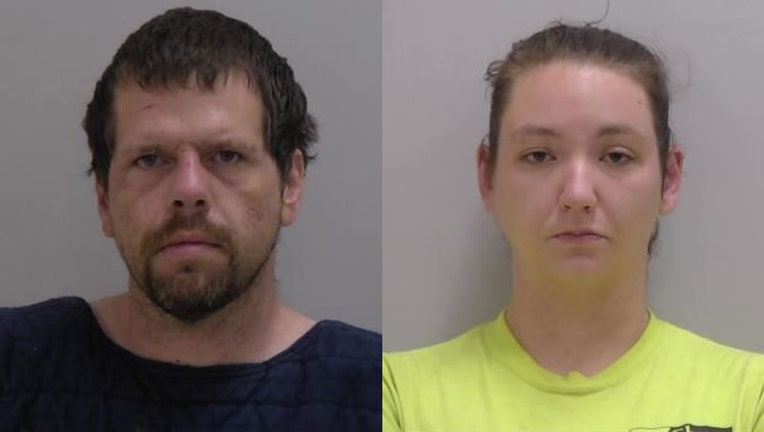 CARTERSVILLE, Ga. - Police in Cartersville said they arrested a man wanted in connection to a carjacking who was able to escape the police station on Tuesday.

Christopher Chase Bennett, 31, of Cartersville, used a malfunctioning door to get out of the police department headquarters after being arrested, the Cartersville Police Department said. He was picked up a short time by officers with the help of the Bartow County Sheriff’s Office hiding behind a home along Martin Luther King Jr. Drive.

Bennett and Haley Partin, 24, of White, were arrested earlier in the day after reported carjacking just after 11 a.m. in the area of Fairview Street and North Tennessee Street. Police said they located the stolen vehicle and arrested the pair during a traffic stop.

Bennett and Partin face charges of armed robbery, hijacking a motor vehicle, and possession of a firearm or knife during the commission of a felony. Bennett faces an additional charge of escape by a person in custody. Partin also faces a battery charge.