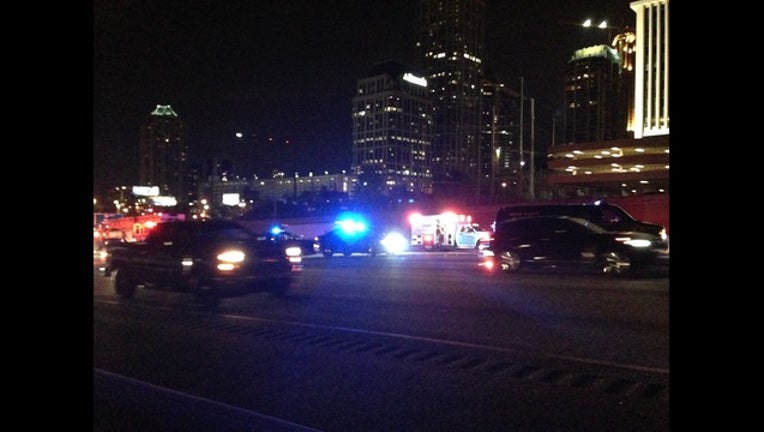 Police close three lanes of traffic while they investigate accident

ATLANTA, Ga. - A man walking on the Downtown Connector died after being hit by a minivan early Friday morning, according to Atlanta police.

Officers say the victim was in the third lane of traffic, right in the middle of the highway.  Police say a Kia Sedona heading south struck the unidentified man just north of 10th Street in Midtown. The driver stopped and co-operated with investigators.

Police don't know why the victim was on the highway. Officers closed three lanes of traffic for hours while they investigated the deadly accident. All lanes of traffic reopened before the morning rush hour.