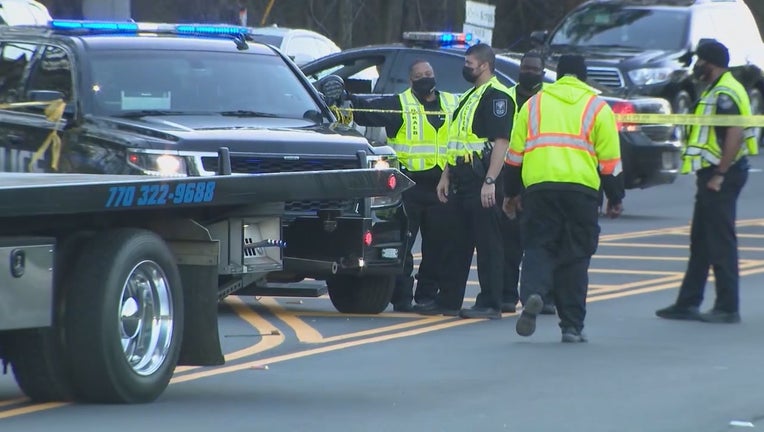 DeKalb County police investigators after a man was killed crossing Covington Highway on the morning of March 4, 2021. (FOX 5)

It happened around 6 a.m. along Covington Highway near Young Road. DeKalb County police said the man, only identified as a man in his early 60s, tried to cross the busy highway but struck by oncoming traffic.

Police said the driver who struck the man remained at the scene.

The intersection was shut down for almost two hours while crews worked the scene.