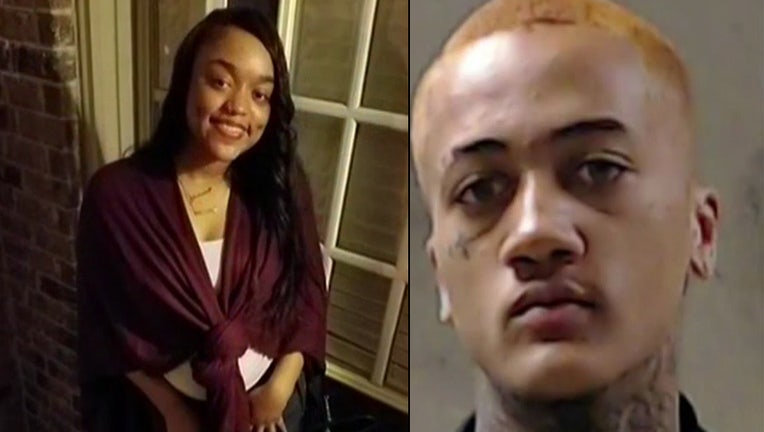 District Attorney Sherry Boston said a jury found Aldeyshaun Locklear guilty of felony murder, aggravated assault by strangulation and concealing the death of another in the murder of 19-year-old Te-a Choates.

DEKALB COUNTY, Ga. - A man accused of strangling his pregnant fiancé and burying her in a relative's backyard in 2019 will spend the rest of his life behind bars.

DeKalb County District Attorney Sherry Boston said a jury found Aldeyshaun Locklear guilty of felony murder, aggravated assault by strangulation and concealing the death of another in the murder of 19-year-old Te-a Choates. Locklear received a life sentence from a DeKalb County judge.

Choates' grandmother reported the teenage girl missing on Aug. 10 after no one had allegedly seen or heard from her in four days. Locklear and Choates lived in her home in Lithonia at the time.

An anonymous tip pointed investigators to Locklear, who had returned to his parents' home. He told investigators he last saw Choates leaving with friends and initially denied knowing anything about her disappearance.

Investigators said Locklear changed his story later, saying the two got into an argument and the Choates threatened him with a knife. He told investigators she hit her head on a bathtub when he shoved her. Locklear said he tried CPR when Choates wouldn't "wake up" and she stopped breathing. Locklear allegedly wrapped Choates in a white cover and buried her in the woods behind her grandmother’s house.

When investigators dug up her body in the shallow grave, covered by debris, Locklear changed his story again. He confessed to strangling her to death. Investigators learned there were instances of physical abuse before Choates' death.

The couple, family members say, met in March and planned to marry this month. They also said Choates was three months pregnant.

"They would have an explosive argument, and then she'll call me and say, 'Mom, come get me', then, 'No, no, no, everything is perfect it's fine,'" Ebony King, Choates' mother, said