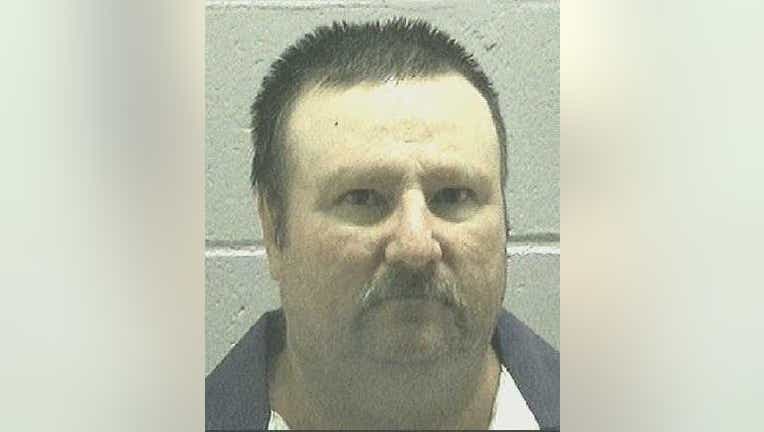 ATLANTA - A Georgia man convicted of killing a convenience store clerk more than 30 years ago is set to be executed next month, authorities said Monday.

Jimmy Fletcher Meders, 58, is scheduled to be put to death Jan. 16 at the state prison in Jackson, according to news releases from state Attorney General Chris Carr and Department of Corrections Commissioner Timothy Ward. Meders was convicted of murder and other charges in the October 1987 shooting death of Don Anderson at a convenience store in coastal Glynn County.

Meders spent the afternoon of Oct. 13, 1987, with three other men, including his employer, Randy Harris, according to court filings. The men drank all afternoon and into the evening, ending up at a motel where Harris had paid for a room.

Creel went to the back of the store to heat a package of sausage biscuits in a microwave. Meders bought something and when Anderson, the cashier, opened the register, Meders shot him in the chest with a revolver and then shot him again in the head after he fell to the floor, according to court filings.

Man convicted of murder in Glynn County has an execution date set for January.

Creel ran out of the store to the car after the first shot and Meders followed after taking money from the cash register, according to court filings.

The three men drove to a trailer park where Meders left the other two and drove to Harris’ motel room. Harris testified at trial that Meders returned around 3:15 a.m., pulled out a revolver and said, “I just blowed a man’s head off over $38,” according to court filings.

Included in the cash taken from the store were two $1 bills and a $5 bill that the store manager had placed as “bait money,” writing down the bills’ serial numbers in her records so the money could be identified if the store was robbed and the bills recovered, court filings say.

Meders was arrested later that same day, and the bait money was found in his wallet, while the gun used to kill Anderson was found under Meders’ bed two days later, according to court filings.

Meders was convicted in April 1989 on charges of armed robbery and malice murder. He was sentenced to die for the murder conviction and got a consecutive life sentence for the armed robbery conviction.

Lawyers for Meders have argued that his trial attorneys failed to use pretrial statements and police reports to cast doubt on the credibility on some of the trial witnesses. They also asserted that certain evidence and testimony should not have been allowed.

Meders would be the first prisoner executed in Georgia in 2020. The state executed three men in 2019. Georgia’s execution protocol calls for an injection of the sedative pentobarbital to put inmates to death.