A medical helicopter picked up a person at the scene. Firefighters appeared to be trying to free someone trapped under one of the tractor trailers.

DEKALB COUNTY, Ga. - Crews are addressing a major wreck that periodically shut down all southbound lanes on Interstate 285 in DeKalb County, according to the Georgia Department of Transportation.

Firefighters appeared to be trying to free someone from a car caught underneath a tractor-trailer. A medical helicopter responded to the scene to airlift a victim. 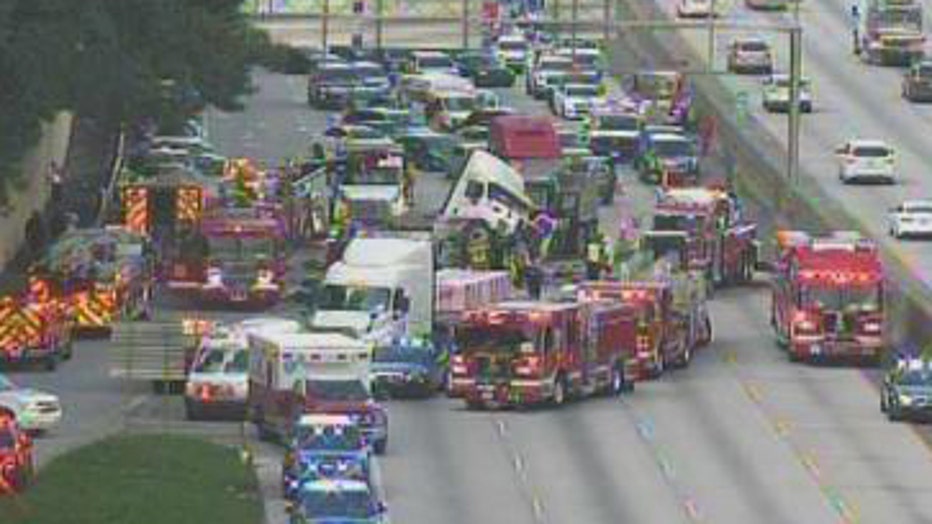 The delay has caused traffic to reduce to slow speeds or completely stop past the Interstate 85 interchange towards Buford Highway.

GDOT estimates it will take until 7 p.m. to clear the accident and for lanes to fully re-open. 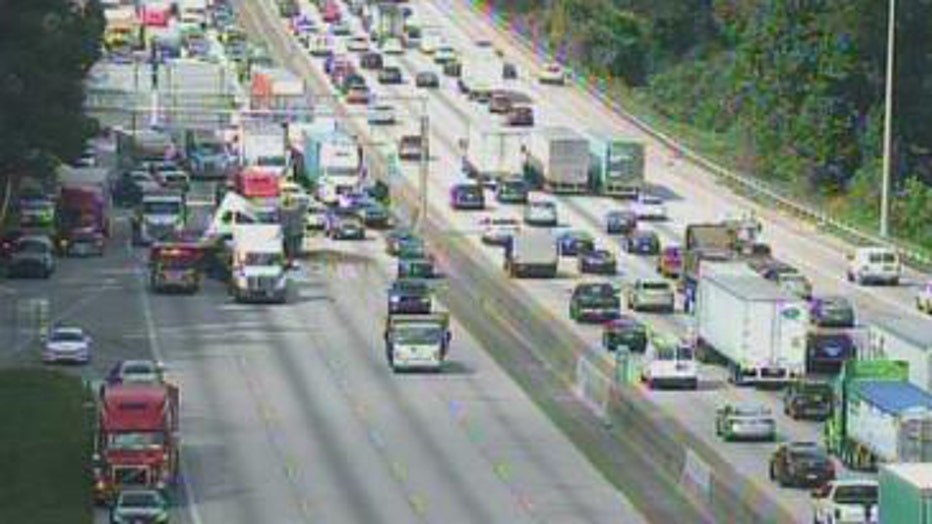 A major wreck on I-285 in DeKalb County.

FOX 5 Atlanta is working to learn if there are injuries.