Neighbors say the Atlanta police have been called repeatedly since the man moved in this summer. Even after 911 callers say he pulled a gun, he's still roaming this corner of Kirkwood with his knives out.

ATLANTA - Atlanta’s Kirkwood neighborhood is edgy and urban, yet it has a small-town feel. But its tolerant vibe is being tested. Business owners say a man some call "Machete Man" is scaring off customers.

He has all sorts of knives, and he wields them in the yard, even in the street. And his threats have escalated.

"I pass him. I immediately get alarmed," salon owner Kelsey Womack told the FOX 5 I-Team. She remembers the first time he showed up on the block.

"Came back to the business. Tried to warn all of the clients and the staff that there was someone out there that didn’t look sane with a weapon," Womack said.

But, however, it didn’t add up to breaking the law.

Atlanta police, neighbors say, have been called repeatedly since he moved in this summer next door to the hair salon and to a candy shop.

"We’d have a guy out there with swords and machetes and everything else," the owner of Kelsey Erin Salon said. 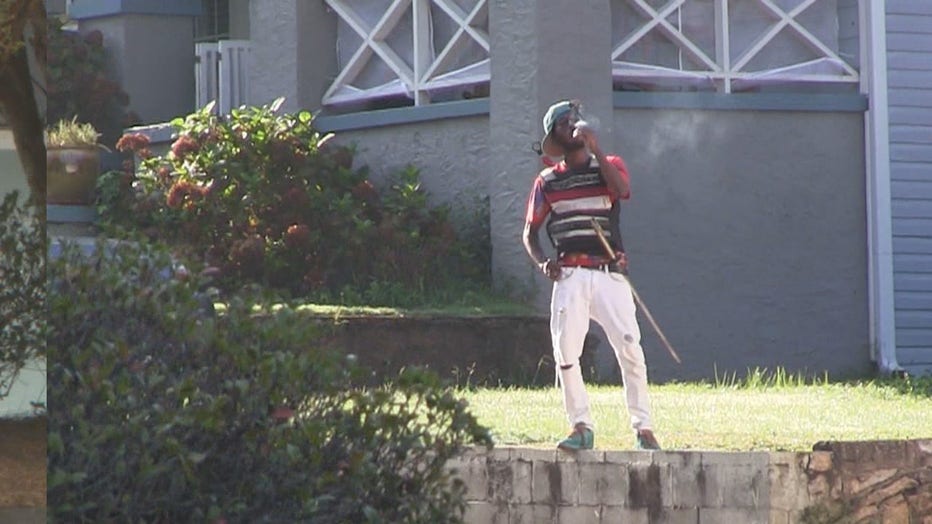 That guy is Brandon Barkley who the FOX 5 I-Team caught up with on the phone. He said his daily routine of swinging knives is a religious routine. Nothing more. He said he's "a passionate person who talks about God."

His passion, Womack said, is getting in the way of her business.

"He was threatening to hurt my clients if they parked in front of my house which he did not rightfully own."

Barkley is accused of being a squatter by Invitation Homes management. They told APD they own the house on Hosea Williams Drive, not him.

Invitation Homes filed to evict him in July, but the pandemic has slowed the process. In a counterclaim, Barkley said he’s owed "$5,000" from a couple he thought owned the home but "never brought" him the "lease." Police concluded that it’s a "civil matter." 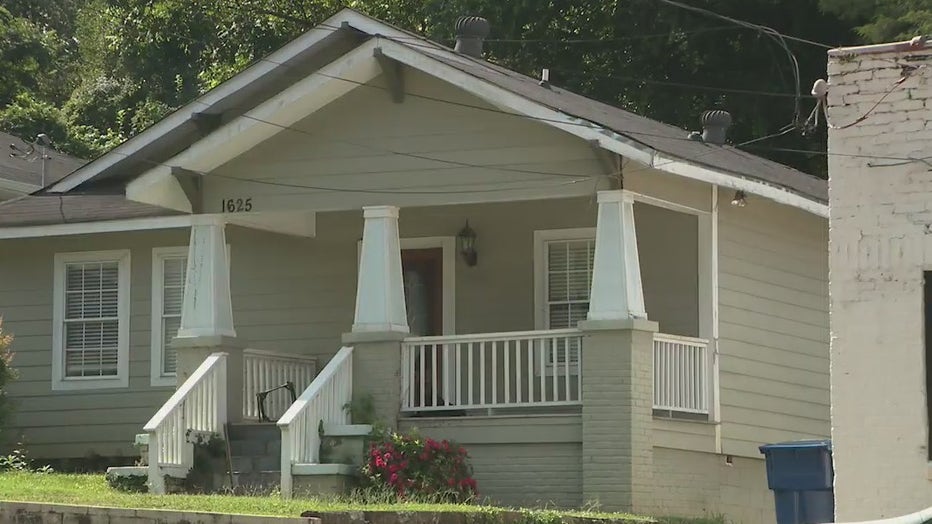 The Kirkwood man told the FOX 5 I-Team that he actually bought the house by paying a couple "$20,000" in cash. He said he didn’t have any paperwork to prove it. And the number he gave us for the couple is disconnected.

Womack said she’s not concerned with who owns the home, but with how the person living there is behaving.

"It’s caused us to lose money, to lose business."

Then there was a tipping point. Caught on the business surveillance camera, the Machete Man was carrying a new weapon. He told passersby it was a stun gun.

"He was shocking the Taser, however it works. The client who was outside said, ‘Do not come at me with that Taser,’" Womack said.

Then 33-year-old Brandon Barkley pulled out something that callers to 911 believed was a gun. On Aug. 19, Atlanta police finally arrested him. He was charged with aggravated assault, a felony. 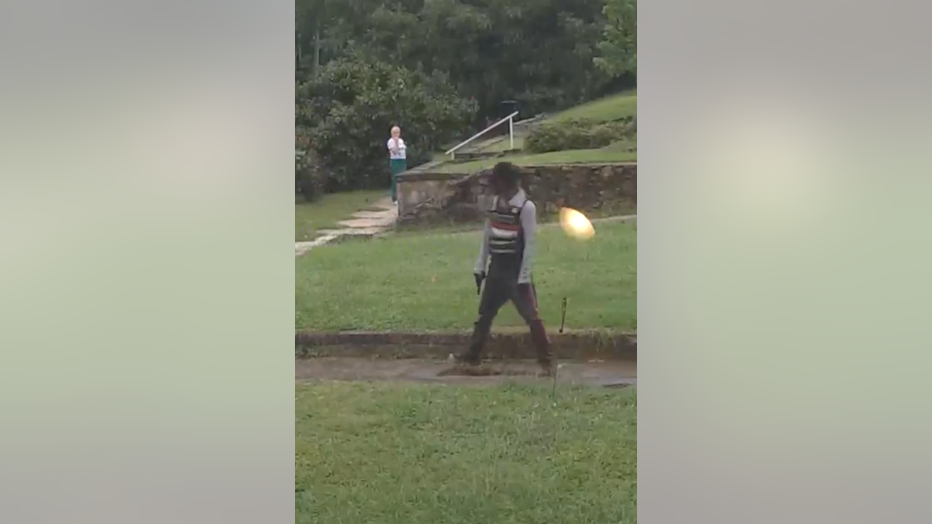 Callers to 911 believed Brandon Barkley pulled a gun on them.

Invitation Homes changed the front door lock, put up a no trespassing notice, but the relief was short-lived. Days later Barkley, still holding a key to the backdoor, he said, was out on bond, back in the home with knives out.

He assured us he owns the home, has the keys, and that his knife performances are part of his journey to becoming an angel.

Womack wants him to go, but she also worries he may get hurt by antagonizing the wrong person.

"I don’t want anything to happen to him, but he’s terrorizing my clients," she said.

Barkley's mother said her son has no mental health issues, he’s just "really into God." She also backs up his story that he gave $20,000 to a couple to live in that home.

Now that the evictions moratorium in DeKalb County is lifted, Invitation Homes plans to push harder to have him removed.