Critics call the video game machines one of the most addictive forms of gambling around.

ATLANTA - The COVID-19 economy has meant a budget shortfall and growing pressure to eventually raise taxes.

But prosecutors and attorneys across Georgia think they’ve already come up with a way to collect millions of dollars. How? Through unpaid taxes they say are likely sitting inside your corner convenience store.

Can they prove it?

The issue involves those video gambling machines you see in gas stations and convenience stores across Georgia. There are 25,000 of them spread out across 5,000 locations.

Critics call them one of the most addictive forms of gambling around. A surprising statement perhaps since, by law, stores are not supposed to offer cash prizes to the winners. 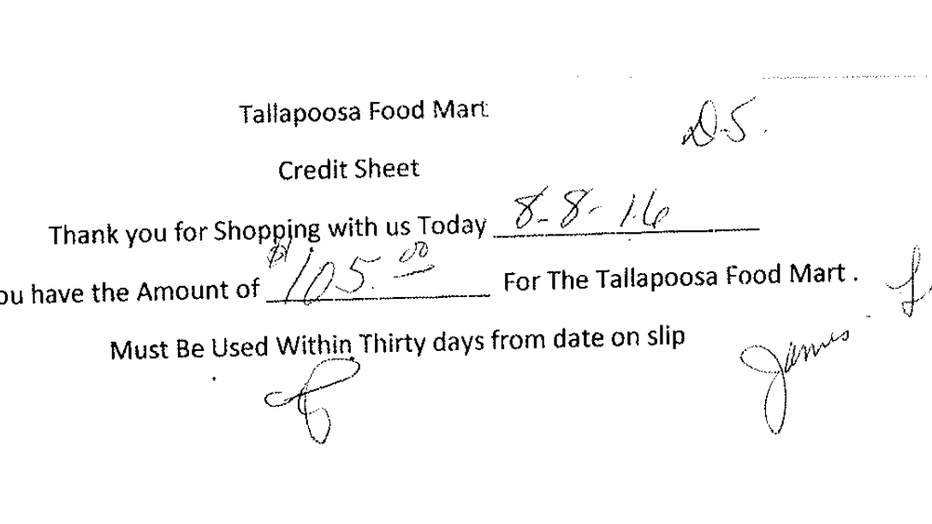 The prizes are restricted to store credit, vouchers for customers to buy items like sandwiches, sodas, lottery tickets, or gasoline. They can’t use the vouchers for tobacco or alcohol.

The Georgia Lottery monitors how much money goes into each machine and the value of prizes paid out. The Lottery keeps 10 percent of all revenues to help fund the HOPE scholarship and other programs.

“It’s an illegal gambling enterprise industry and it is crooked and corrupt,” proclaimed Lambros. 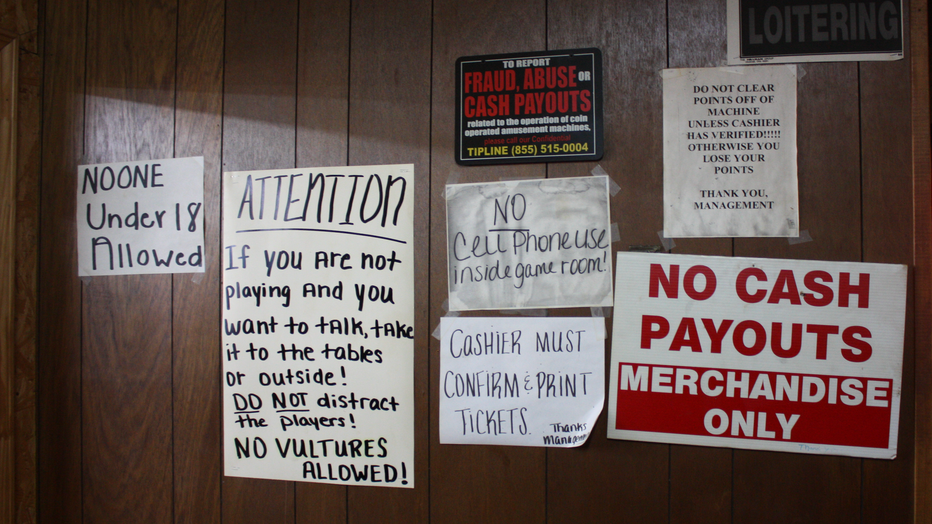 Here’s why he feels that way. Last year, the Lottery said $1.8 billion in prizes were paid out to video game winners. Let’s assume all of that was store vouchers and not cash because cash prizes would be illegal.

Unless the vouchers were redeemed for gas or lottery tickets, the store has to pay sales taxes on those prizes. And when prosecutors began looking at the books, they found a big problem.

According to racketeering lawsuits filed by attorney Michael Lambros on behalf of various district attorneys, the store owners and machine providers broke the law by not paying sales or other taxes on the prizes generated by those machines.

One lawsuit showed $121 million going into the machines of one store chain, with $82 million in winnings going out. Yet no taxes paid. 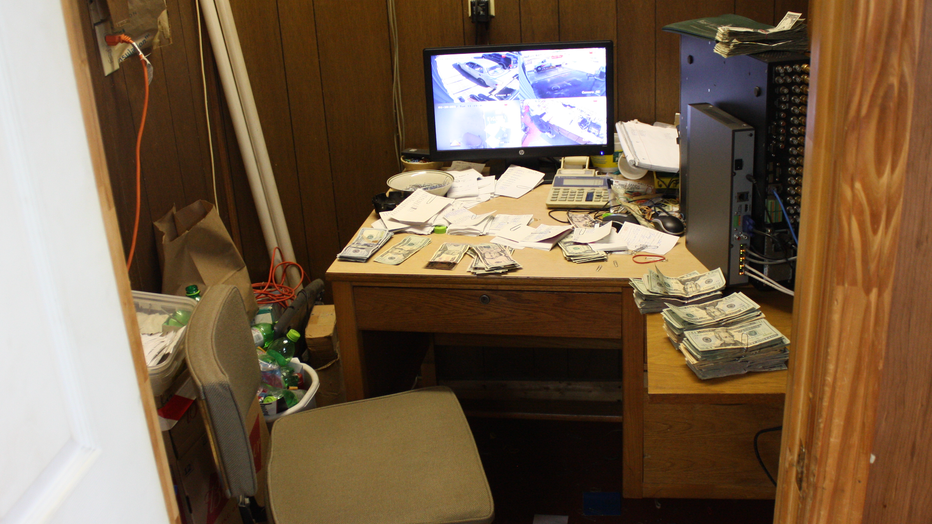 Critics say if winners really were paid with store vouchers rather than cash, the stores would have to pay sales tax on those prizes. (GBI photo)

Lambros argues in that one case alone state and local governments are owed $3 million.

“The stores can’t have it both ways,” he said. “They’re either paying out cash and they have to admit that. And you and I know they’re not going to admit that. Or they’re going to have to prove they’re giving redeemable gifts.”

In many cases, store owners and machine providers have settled, avoiding prison time but coughing up millions of dollars. 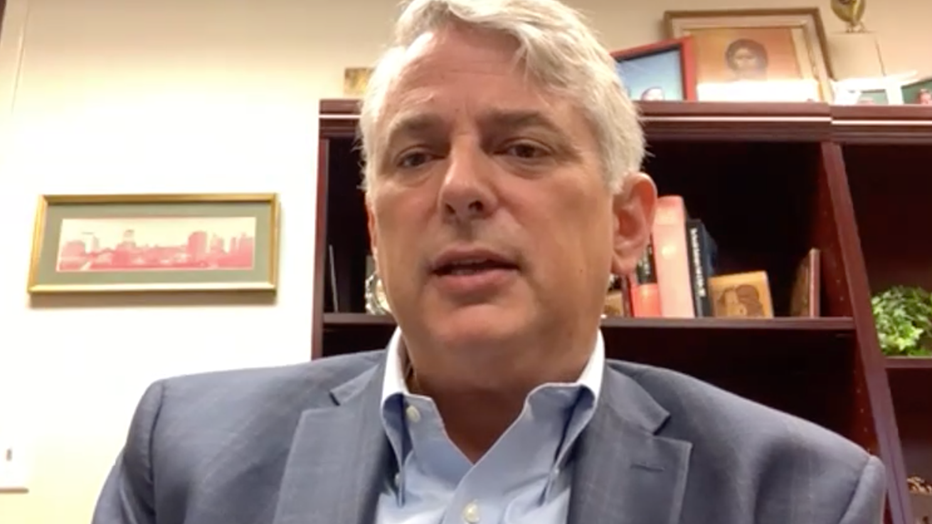 Prosecutors across Georgia have hired private attorneys like Michael Lambros to sue stores over unpaid taxes. They allege stores didn't pay taxes on prizes given to gambling machine winners.

So far, Lambros says his lawsuits have forced 10 machine providers out of business.

“In this economy, when the state of Georgia has cut its budget by 10-14 percent, there’s no excuse for the Department of Revenue, the Georgia Lottery, and other law enforcement not to go after these taxes,” said Lambros. “No excuse.”

But attorney Chris Anulewicz has an excuse: there weren’t any taxes that had to be paid.

He insisted authorities can’t prove that $1.8 billion in prizes didn’t go to buying lottery tickets and gasoline, the only two items that would not require the stores collect sales tax. 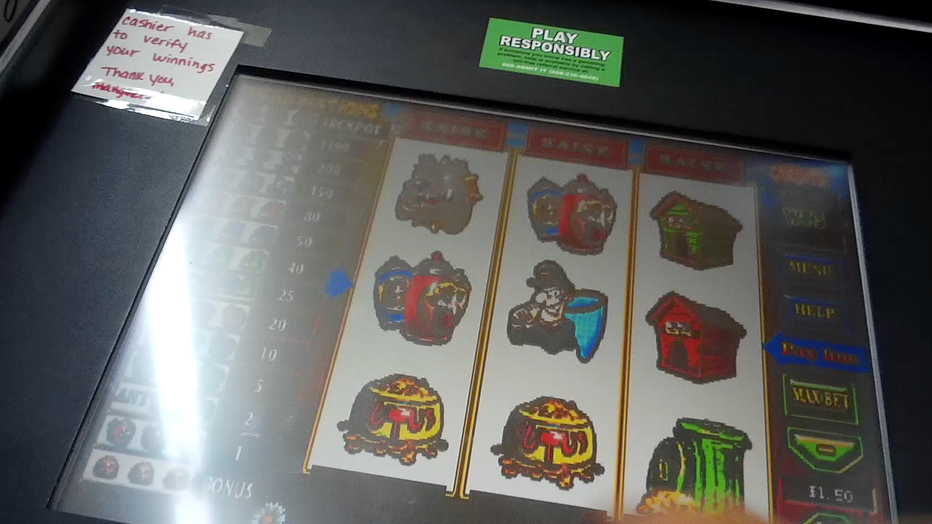 Does he believe people spent that much money — $2.6 billion in FY2019 — in hopes of winning lottery tickets or free gas?

“They may,” answered Anulewicz. “They may have. I mean, the machines are popular. People play them.”

He’s critical of what he calls a “heavy-handed” approach by authorities.

“The money drives this machine,” the argued. “And they are not putting anybody in jail. They’re not doing anything other than pulling money for their own purposes.” 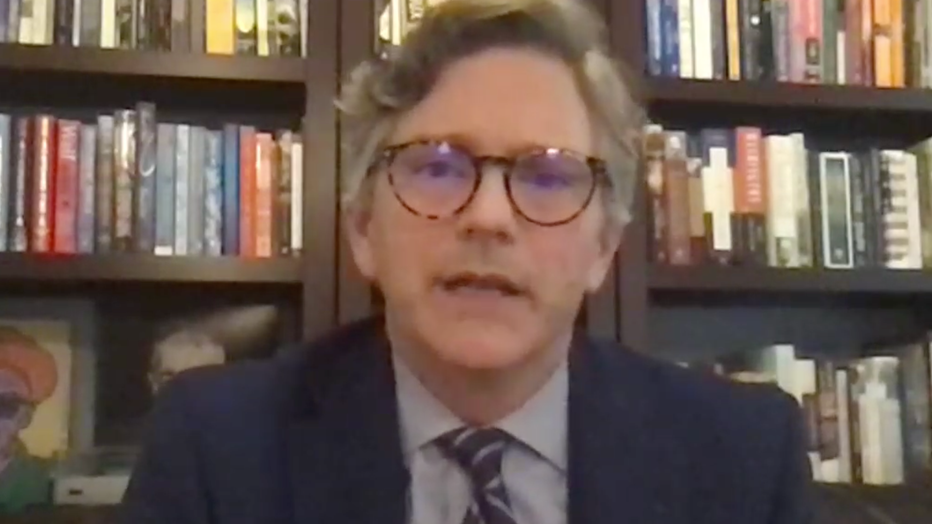 Store and gambling machine owners often hire defense attorney Chris Anulewicz. He sees any attempt to go after his clients as a "money grab" by authorities.

Anulewicz defended some of the stores Lambros has sued. He recently won a big appellate court case that reversed a conviction.

So are his clients paying customers in cash?

“The thing is I have not seen, Mr. Lambros has been making allegations of cash payments,” said Anulewicz. “But what the cash payments are showing is — no. I mean sometimes yes, sometimes no.”

To better track those prizes, the Georgia Lottery is exploring the idea of a gift card system that video machine players would use to download their winnings and track “sales tax collected from purchases,” according to a Request for Information on the Lottery website.

If so, that could eventually bring an end to Lambros’ work. In one case that lasted two years, he says he recovered $15 million, $1 million of that going to his firm. 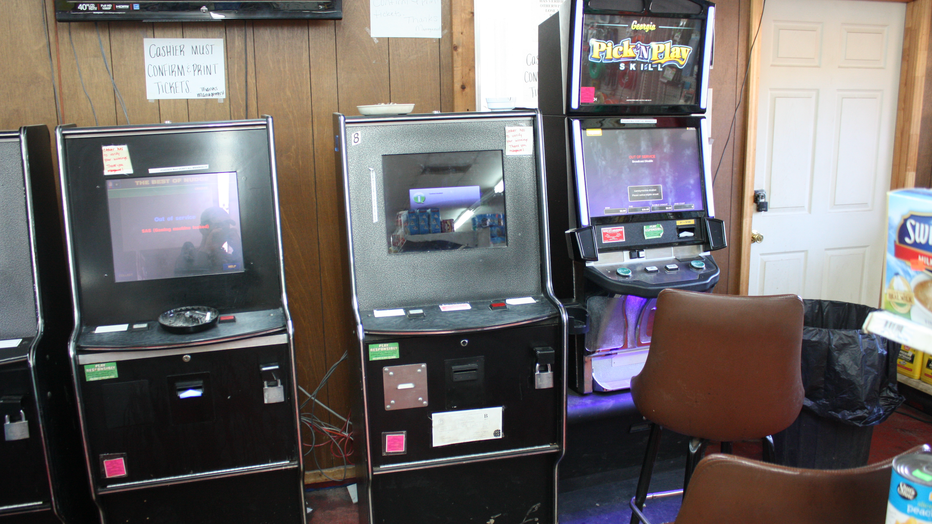 Could a gift card system ensure that taxes are paid on video gambling prizes? The Georgia Lottery is seeking information but cautions no decision has been made. (GBI photo)

“They’ve called me terrible things,” he said. “Hired gun. You know, when you don’t have a legal basis to a defense the next thing you do is to attack your accuser.”

But Anulewicz says prosecutors aren’t making these cases to stop a crime.

“This is a money game for these people,” he argued. “And that is what it’s always been.”