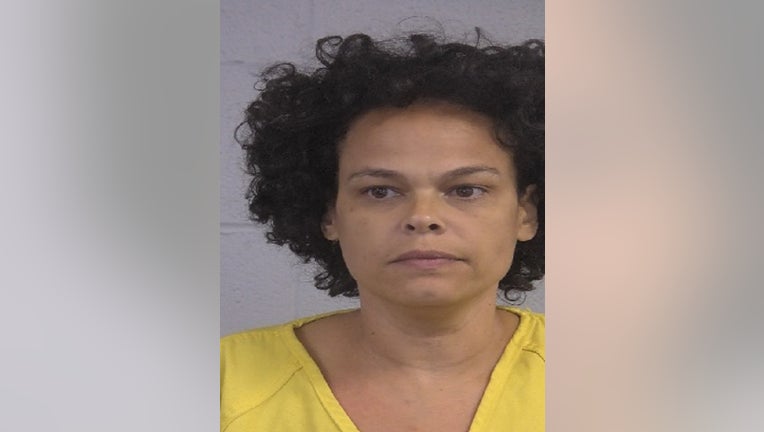 HENRY COUNTY, Ga. - A Kentucky woman was arrested and is awaiting extradition to Georgia after investigators said she threatened a Henry County judge over his ruling on the 2020 election.

Erin Northup, 42, of Louisville, Kentucky, was arrested on Oct. 15 by the Louisville Police Department after the Henry County Sheriff’s Office took out an arrest warrant for making terrorist threats against a judicial officer.

Investigators said Northup called Henry County Superior Court Chief Judge Brian Amero upset over his ruling to dismiss a lawsuit alleging fraud in Fulton County during the 2020 election. Deputies said Judge Amero received a voicemail from Northup on Oct. 13 around 11:50 p.m. that "contained comments that were threatening in nature."

"I’m all for respecting a person’s First Amendment rights. However, when it crosses the line and it becomes minacious, it will not be tolerated. We will track you down and arrest you," said Henry County Sheriff Reginald B. Scandrett.

After investigators confirmed her identity and consulted with the Henry County District Attorney’s Office, warrants were taken out.

No word on when she will be brought to Georgia to face those charges.