The orchestra teacher at Kennesaw Mountain High School is being accused of intentionally hitting a car and DUI.

Kennesaw police say 43-year-old Joel Schroter was speeding and driving erratically near Old 41 and Barrett Parkway on the afternoon of June 15. Witnesses told police he sped through an intersection and crashed into another car. A family with a 3-month-old baby was in that other car.

Body cam video shows a woman holding her baby to her chest and trembling. The video shows an officer asking if she is okay, she responds that she is hurting but she is worried about her baby.

When Kennesaw police confronted Schroter, they say they got a strange reaction.

"As the officer walked across the street, a guy skipped and jumped to him, saying I expected you," said Kennesaw Police Officer Scott Luther. 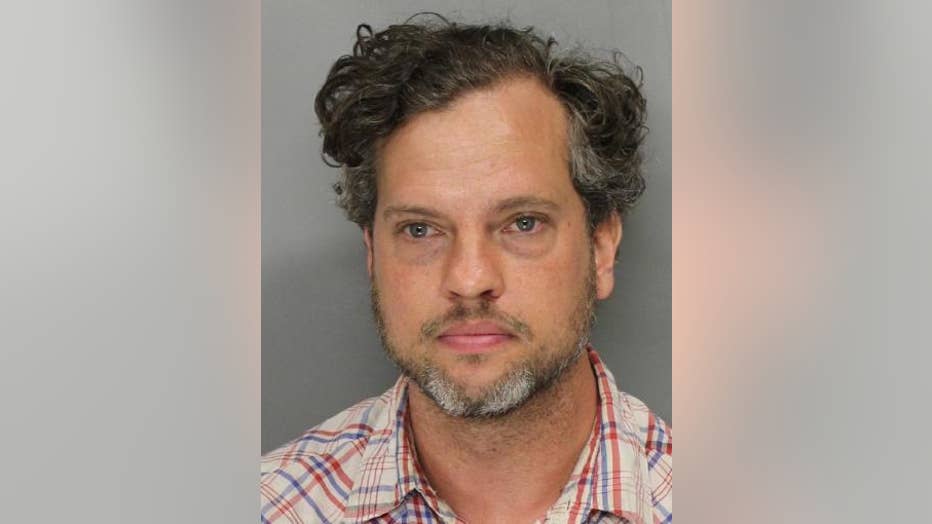 In the body cam video, Schroter is heard laughing and saying "My name is Joel. It's the cat and mouse".

Even while officers were placing handcuffs on Schroter he continued to laugh. In the video, he is heard saying "Guys it's happening. The space shuttle"

Schroter was arrested on a number of charges. Police say due to his behavior he was charged with driving under the influence of drugs. He's also charged with aggravated assault, obstruction of a law enforcement, and traffic violations.

Schroter is the orchestra director at Kennesaw Mountain High School. Cobb County School District officials released a statement saying they are aware of the arrest but due to privacy restrictions the district can't provide additional information during an ongoing investigation.