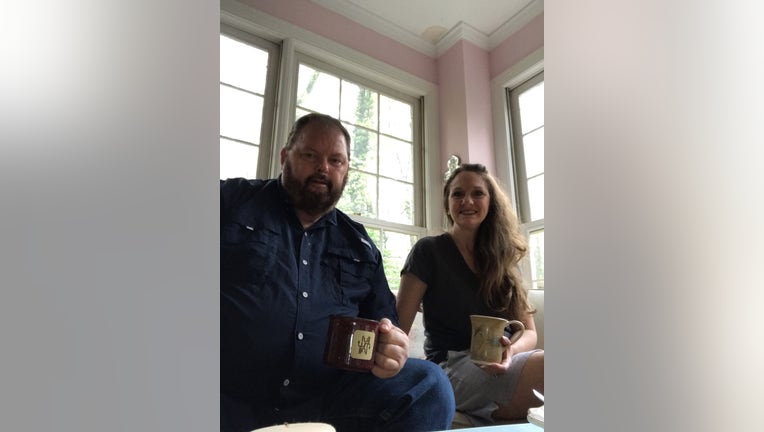 Clay and Suzy Bentley have coffee together on the final day of one of the most trying months of their lives.

ROME, Ga. - It’s likely no one appreciates the turn of the monthly calendar more than Rome resident Clay Bentley.

Bentley, 59, was one of the first Georgians to publicly confirm they had contracted COVID-19. He thinks it happened Sunday, March 1 while he sang in the choir at the Church at Liberty Square in Cartersville. Several others there also became sick. One has since died.

Bentley was hospitalized March 6 and diagnosed with double pneumonia along with the coronavirus. He was given oxygen, but the night before doctors were considering putting him on a ventilator, Bentley rallied, crediting his faith. 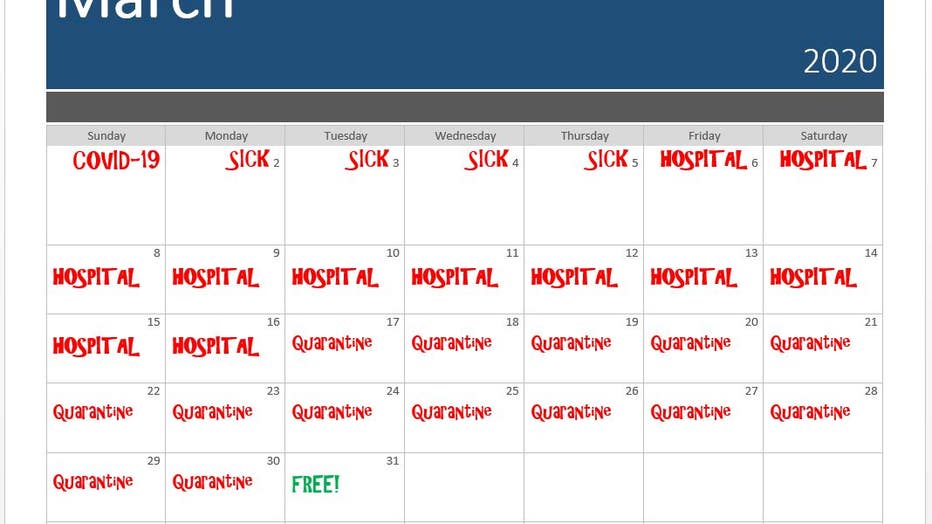 You think your March was bad? Check out Clay's calendar.

He was released from the hospital on March 17 and remained in-home quarantine away from his family for the rest of the month.

On March 31, he was finally released. That morning, he had coffee with his wife Suzy. In the same room.

Rome man reunited with his wife

A Rome man was reunited with his wife after both are on their way to recovery after contracting the COVID-19 virus.

“It’s just good to be with my family,” said Clay.

“This is the first time I’ve seen her without a mask in a month,” said Clay.

On his first day out of quarantine, Clay walked out into a world he barely recognized. He drove to the grocery store and, like a movie character who wakes up to a different reality, was stunned by what he saw.

“Walked into that grocery store nothing on the shelves,” he said. “Everybody’s walking around with masks and gloves on. In sports, they talk about March Madness. Well, it’s been crazy in March. But April’s going to be different.” 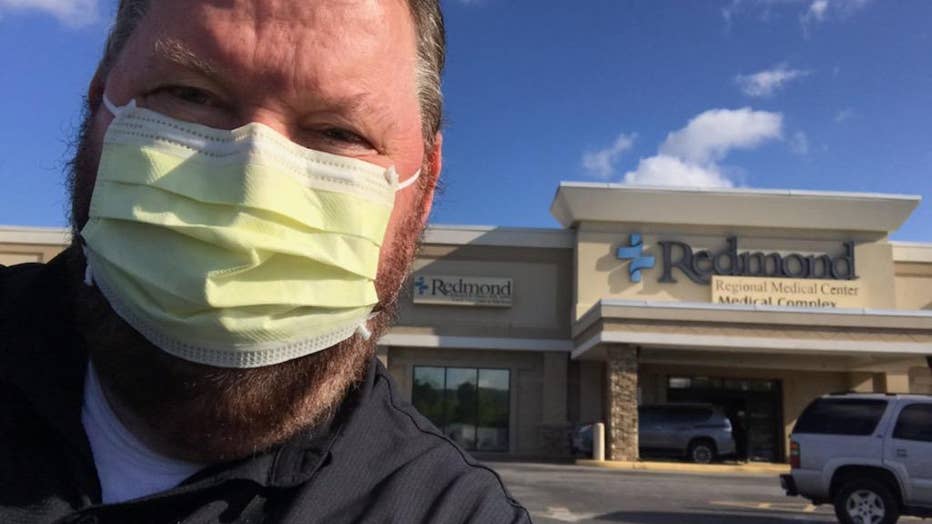 Clay Bentley emerged into a world that was far different than the one he left at the beginning of March.

Is he immune now? No one knows for sure. So Clay will continue to wear a mask outside and stay six feet away from others. But at least now, he has company.

“The world is different,” Clay agreed. “But... I’ll just have to adapt and overcome! And I know over time things are going to get back to normal. Look, they got back to normal in my body!”

He managed to outlive the month of March.