Hundreds of people gathered in Marietta for a Juneteeth celebration

MARIETTA, Ga - Huge crowds gathered in parts of metro Atlanta for Juneteenth Day. In Marietta, hundreds gathered at the square to commemorate the memory of those lost to the injustices of yesterday and today.

In one large group, they marched from the Cobb County NAACP office to the Marietta square. Some carried signs, most chanted as they made the one-mile trek. 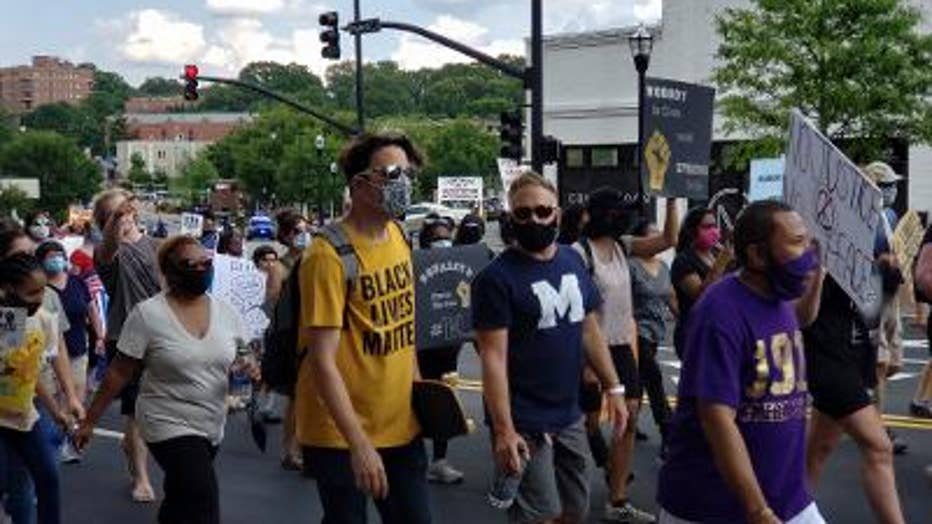 Once at the square, they stood in unity and called for change as dozens of speakers took the stage.

Many said in light of the recent unrest in cities across the country and here in Atlanta, Juneteenth Day, the day that celebrates the end of slavery, took on even more significance.

"As we stand here right now there's a fight going on, there are people killing our people," said James Woodall, President of the Georgia NAACP. 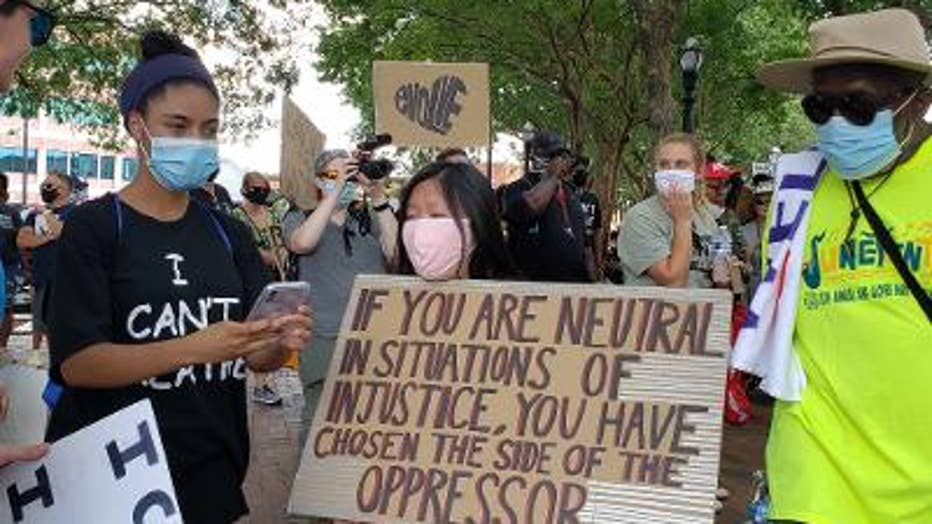 Camille Vrathwait said she felt now more than ever she needed to be here with her family.

"I'm committed to our public safety to bridge that gap between law enforcement and the community," said Crider.

Crider got a round of applause from those who want to see real change in our community.

"I think it's time for a change, there's been a lot of injustice and it's time we stand up and support everyone in the community regardless of color and race," said Heidi Coker who came to show her support.

"I want to be here to support change in this country. We have a whole lot of injustice going on around the world and I just want to be a part of the change," said Bobby Mitchell who lives in Marietta.

Many of the speakers encouraged the crowd to make sure they register to vote, saying 'no vote, no voice', and ultimately, no change.