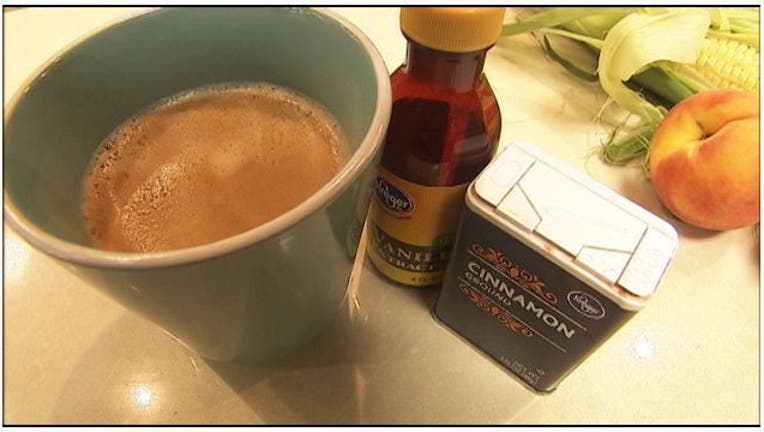 We Americans love sugar, and registered dietitian Marisa Moore says that isn't necessarily a bad thing.   “But,” Moore says, “the truth is we do eat too much.”  A lot of our sugar intake comes from added sugars, which are mixed into processed and baked foods to add sweetness.  The American Heart Association recommends women eat no more than 6 teaspoons of added sugar a day, men no more than 9.  But what about natural sweeteners like honey - or raw sugar?  They're healthier

, right?  Wrong. Moore says, "People do tend to think that because it's a natural sweetener  honey or maple syrup or agave, that they can have as much as they want. And that's just not the case. You still need to have those in moderation."Moore says what’s important to remember is that sugar is sugar.  She says, “So, yes, you can get refined or unrefined sugar, but when it comes to how it impacts your blood sugar or your waistline, they actually have the exact same impact." So, if you like your coffee sweet, Moore says,“Add maybe a little bit of vanilla, which has a natural sweetness to it, but without and actual sugar. You can also add cinnamon to it.  And cinnamon is interesting because it has some evidence to show it might even help with blood sugar management

. Moore is also a big fan of using natural sugars in fruit.  If you’re making a smoothie, she says,  "You can always add date or dried figs. A lot of times people don't think about those, but both are very high in fiber. And they’re incredibly sweet. So that actually adds a lot to the smoothie." Moore says fruit will give you sweetness, but also fiber and nutrients.  This time of year, she says a lot of us have ripe fruit that might go to waste.  So, she says, “If you have some peaches that are about to go bad, go ahead and put them in a blender, add a little bit of cinnamon, and it will make for a really delicious fruit spread."