Family, friends, colleagues and strangers said goodbye to Joe Burson, an officer killed in the line of duty. His patrol car was parked outside the church where his funeral was held.

HOLLY SPRINGS, Ga. - Family and friends gathered Monday to say goodbye to a fallen Holly Springs officer killed in the line of duty.

Officials say 24-year-old Officer Joe Burson was conducting a traffic stop on June 16 when the driver took off, dragging Burson and killing him.

Burson was laid to rest in Woodstock after a funeral service a First Baptist Church.

A funeral procession rolled down Ga. Highway 92 toward the cemetery as onlookers lined the road, paying tribute to the officer.

Burson's wife, Mary Kate, stood onstage with tears in her eyes as a letter she wrote to her late husband was read aloud during his memorial service.

"To my beloved husband, first I want to say that I love you," Mary Kate Burson wrote. "Babe, you made me so, so, so proud."

As family and friends honored Burson's life inside First Baptist Church Woodstock, community members lined Highway 92 to show their support for the officer.

"I'm out here to show support for my brothers and sisters in blue," said Crystal, who is married to a law enforcement officer. "I've been through this with some of my husband's co-workers and it's a hard road to travel.  So, I'm just sending them lots of love and prayers for safety every single day."

Burson's patrol car was parked outside the church where a mural of flowers grew around it. 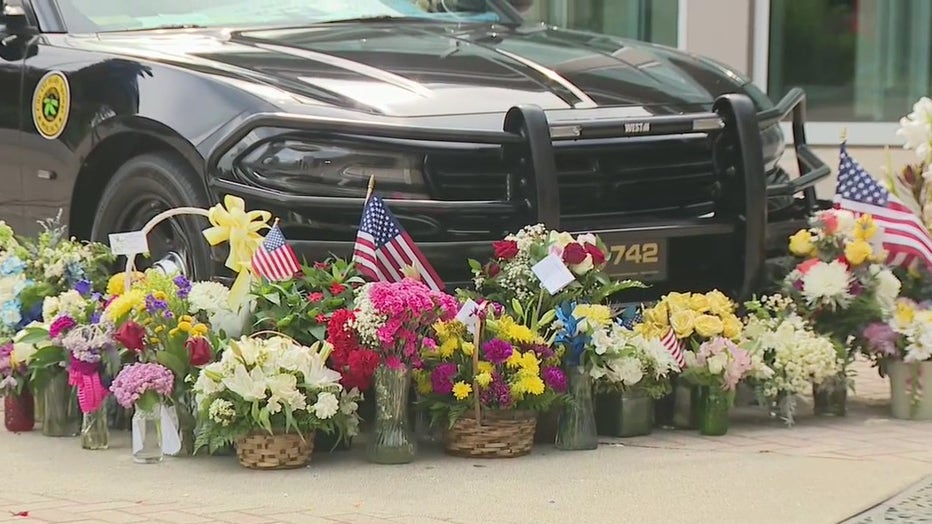 A memorial grew around the patrol car of Joe Burson, a Holly Springs police officer killed in the line of duty. (Photo: FOX 5 Atlanta)

When he wasn't protecting the citizens of Holly Springs, Joe Burson was part of the worship team at Revolution Church.

"He brought light into every room he walked into," said Revolution Church Pastor David Stein.

Family and friends will gather Monday to say goodbye Holly Springs Officer Joe Burson who was killed in the line of duty last week.

Before joining law enforcement, Burson worked as the drummer for a local group Rusted Soul for more than five years. 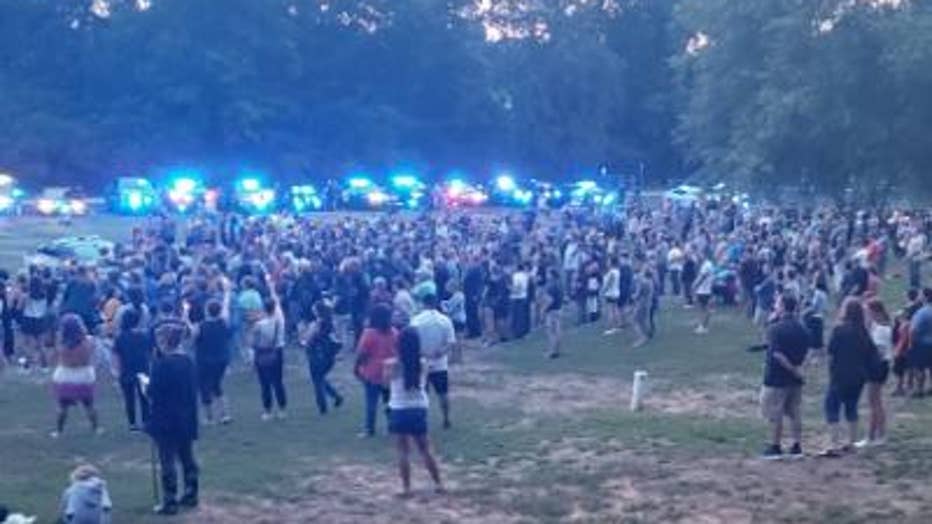 The 24-year-old was honored by hundreds last Friday at a vigil where thousands of law enforcement officers from around the region showed up with their blue lights flashing.