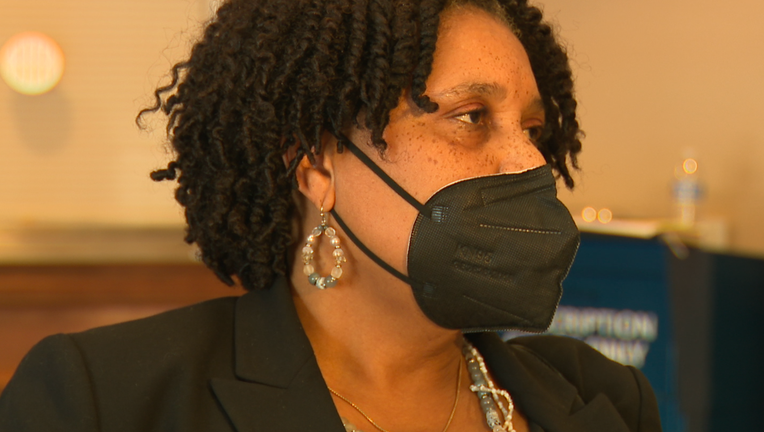 Gwinnett DA Patsy Austin-Gatson explains why she posted a series of cartoons on Facebook that have angered some in law enforcement.

LAWRENCEVILLE, Ga. - Gwinnett County’s district attorney is explaining some Facebook posts she made this week that surprised some in law enforcement.

Patsy Austin-Gatson says the posts were meant to start a dialogue about the way police interact with minorities.

They depict police officers in light of the George Floyd murder.

One is a Norman Rockwell parody that shows a white police officer sitting at a lunch counter with a Black child. The police officer asks the child what he wants to be when he grows up.

Austin-Gatson said she shared the images in hopes of creating a dialogue in Gwinnett County between law enforcement and minority communities in light of recent police shootings. 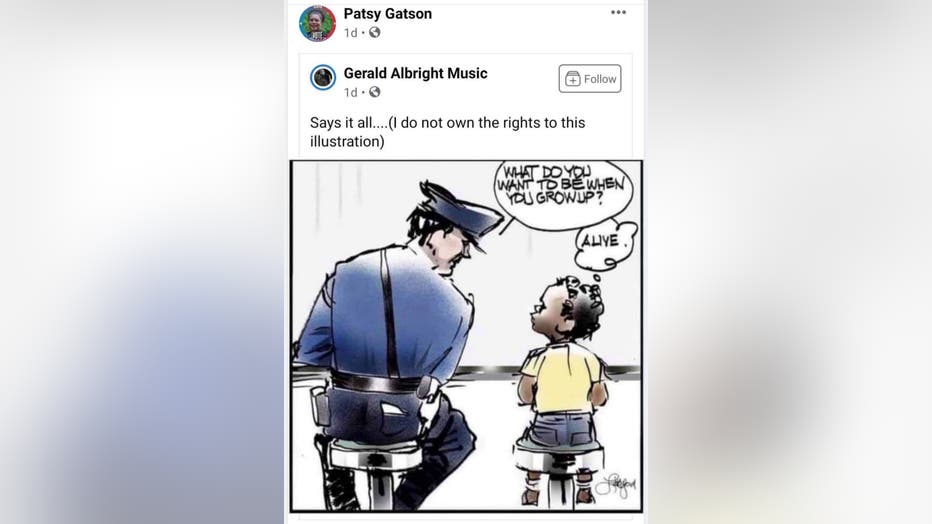 One of the posts shared by the Gwinnett DA on her personal Facebook page.

"My son’s now 28 years old," said the newly-elected DA. "When I was pregnant with him is when Rodney King was beaten. And this is a real issue in our country right now. And I think we have a tremendous opportunity to get rid of situations like that."

But others aren’t impressed.

"She holds a position where she can bring us together, not divide us," said attorney Mike Puglise. "Those cartoons she posted causes division."

Puglise is a former police officer who often represents cops in trouble.

"Right now you have officers scared to do their job," said Puglise. "And now we’re making it tougher by causing this division in the community." 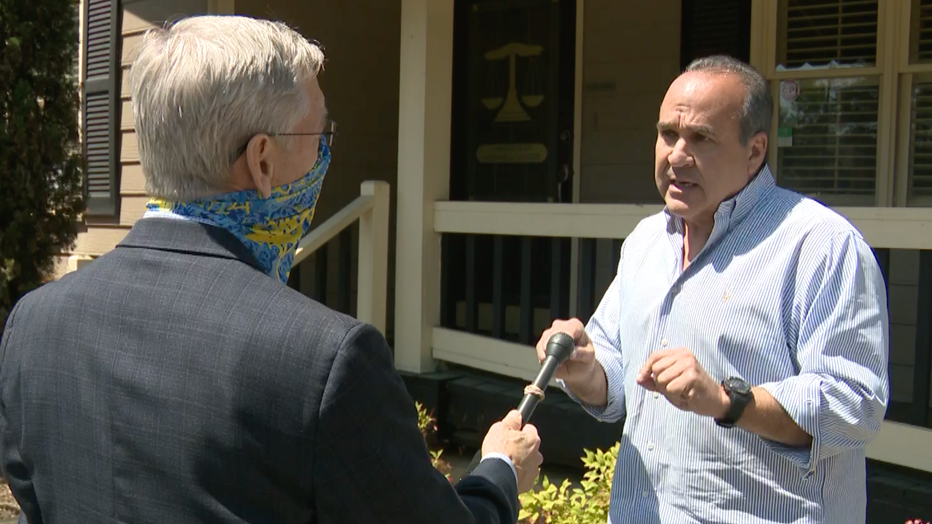 She said she had no regrets about her Facebook posts.

"I wouldn’t say regrets because you know what’s good?" she asked. "We’re talking."

Lawrenceville police chief Tim Wallis said he was satisfied with the DA’s explanation.

"It was a little disconcerting being president of the Gwinnett police chiefs association," he admitted. "We started getting some phone calls. She rightfully sees it from a national narrative where I’m trying to bring it back to a Gwinnett County, specifically a Lawrenceville narrative."

Appropriate or not, the DA’s personal Facebook page has certainly accomplished the objective she says she had in mind. People in Gwinnett County are definitely talking.