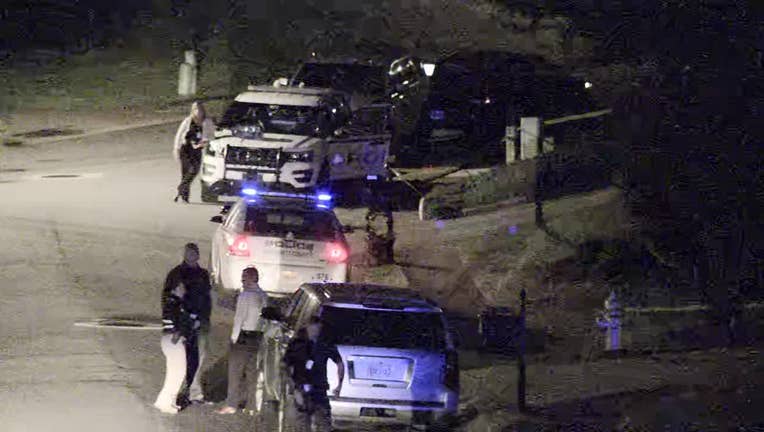 Gwinnett County police investigate at the scene of an officer-involved shooting on April 30, 2022, on Oak Hampton Way.  (FOX 5 Atlanta)

GWINNETT COUNTY, Ga. - A Gwinnett County police officer shot and killed a man armed with a knife at a home on Saturday evening, according to the Georgia Bureau of Investigation.

The GBI identified the man as 28-year-old Jonathan Daniel Laubscher.

Officers were checking on a domestic incident at around 7:30 p.m. near the 2900 block of Oak Hampton Way in Duluth. A woman had called saying her son was armed with a knife and threatening her.

When officers arrived, Laubscher allegedly didn't listen to verbal commands or drop the knife when hit with a stun gun. While holding the knife, the GBI said, Laubscher "lunged" at an officer, who shot him.

Laubscher died at a hospital, the GBI said.

No officers were injured during the shooting.

Gwinnett County police said officers have been called to the home before.