A young man's battle with COVID-19 left him unable to talk or walk. A year later, Michael Mullininx is on the mend and feeling more like his old self. He spoke about his recovery and how he was able to thank those who took care of him.

GWINNETT COUNTY, Ga. - It has been a long road to recovery for one Gwinnett County man who nearly lost his life due to COVID-19 last year.

Michael Mullininx was admitted to the hospital just days after testing positive for the virus.

"It's been a struggle. Now since June and July is getting ready to pass you remember hey, your son was in the hospital for 49 days and four weeks on a ventilator," said Connie Mullininx, his mother.

FOX 5 spoke with Michael shortly after he was released from Northside Hospital last July. At the time, he was unable to walk on his own and had difficulty speaking.

"When I had it, I had no medical problems. None of that. I couldn't remember when I was in the hospital. First thing I saw when I woke up was her and my uncle on FaceTime," Michael Mullininx said.

"I figured Michael wouldn't be able to walk soon, his voice wasn't going to come back. I figured it was going to take a year to start walking and being able to talk. But no, that wasn't the case with him," Connie Mullininx said.

Michael was able to start walking on his own about three weeks after leaving the hospital. 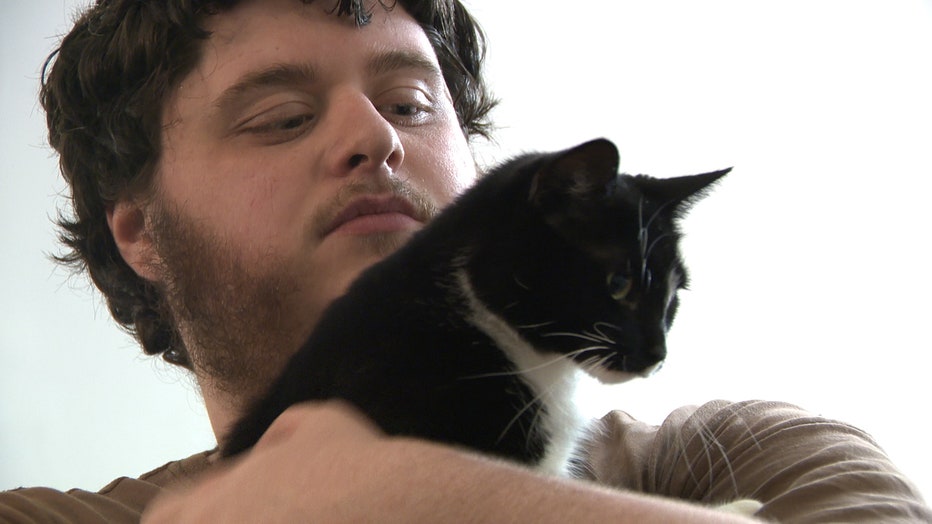 His cat named Mohawk played a big role in helping him speak again.

"Calling her name and all that and yelling at her pretty much got my voice back," he said.

Connie and Michael said it was overwhelming to see the amount of support they received from those around them.

Everyone from hospital staff, friends, and even Dr. Rich McCormick, who was running for Congress at the time.

"I think the prayers that he did that day really helped Michael and all of the prayers from the church and family and everyone else was doing. I think all of that helped," Connie Mullininx.

She was able to FaceTime her son, thanks to Dr. McCormick, who visited him in the hospital.

She was not able to visit Michael regularly due to COVID-19 restrictions.

Last Friday, Michael and his mother visited Northside Hospital Duluth to meet with the nurses who helped save his life.

It was exactly one year after Michael was discharged from the hospital.

Both Michael and his mother hope his story is a reminder of just how serious this virus can be and how long it can take to fully recover.