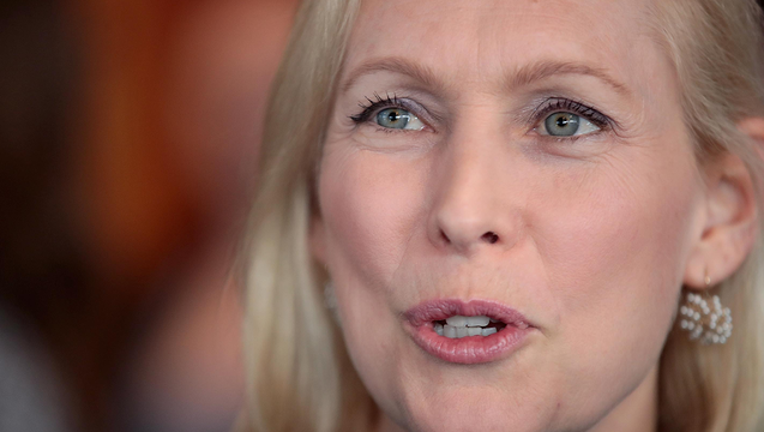 "They have no agenda but hate. No 'accomplishments' but hurting people. No motivation but cruelty. Disgusting, outrageous, and pathetic," she tweeted on Saturday.

She was commenting on an article about the HHS rule, which would reverse the Obama-era decision to protect "gender identity" under federal laws prohibiting sex discrimination in health care.

Gillibrand, a 2020 contender, added to the many progressive voices denouncing the Trump administration's decision. It was the latest in a series of policies that interpreted sex discrimination protections as only applying to biological attributes rather than self-described identity.

HHS has pushed back on the idea that its decision would result in discrimination. "I don't want to see that happen," Roger Severino, director of the Office of Civil Rights, reportedly said.

"Everyone deserves to be treated with dignity and respect," he also said, noting that he intended to "fully enforce" laws against discrimination.

Gillibrand's comments received a wave of criticism on Twitter:

Gillibrand, an outspoken critic of the president's, has also joined other 2020 candidates in condemning abortion regulations as well as immigration practices under the administration.

According to RealClearPolitics' polling average, she fell behind a long list of other candidates vying for the Democratic nomination -- grabbing just 0.7 percent of support.

Trump, meanwhile, enjoyed the strong support of the Republican National Committee and touted the economic milestones reached under his administration. Those included substantial GDP growth, record-low unemployment among the general population and within minority segments, and rapid manufacturing growth.

Get updates on this story from FOXNEWS.com