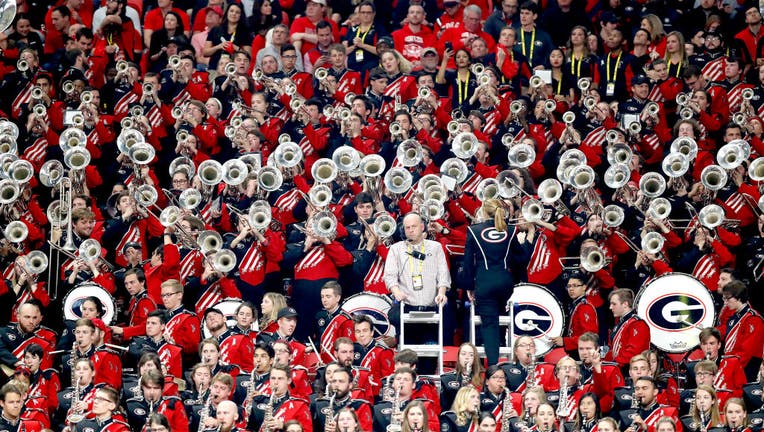 The University of Georgia's Redcoat Band says it will stop playing "Tara's Theme" from "Gone With the Wind."

Acting director of the Redcoat Band, Dr. Brett Bawcum, told FOX 5 that the signature song for the band will now be "Georgia on My Mind."

"The decision was completely my own. I told my boss, School of Music director Pete Jutras, late last season that I was thinking about this. He never blinked, and was willing to help however he could, I very much respect that he left the decision to me," Bawcum told FOX 5. "My colleagues in the band area—director of bands Cynthia Johnston Turner, associate director of bands Jackie Hartenberger, and Redcoat Band associate director Rob Akridge—gave me great input and enough space to think. They were eager to co-sign the letter out of support and solidarity, but I thought it might look forced. I hope I wouldn’t need to be forced to do the right thing."

“Tara’s Theme” is the main score from the Academy Award-winning movie “Gone With The Wind,” released in Atlanta in 1939. Some consider the film to be sympathetic to the Confederacy at the end of the Civil War in 1865.

The signature piece has been played immediately after games since around 1959. It has been limited to home games at Sanford Stadium only for the last couple of decades.

"I tried to put myself in the shoes of Black students who played the piece and asked if I would have been able to love the school as much as I do with Tara in the book. I also asked what I might think if I were a Black student who wanted to come to Georgia, was considering being in the band, and learned that a big part of our identity might seem nostalgic for a time when I was enslaved, Bawcum said. "While I don’t think that’s the only thing they would consider, I could only guess that it would be hard to call something that mine. That isn’t right, irrespective of how well-meant the tradition was in the first place."

Fan reaction was mixed, with many standing behind the decision while others expressed sadness in the news the song would no longer be played.

"All traditions were new once. I’m looking forward to this one. Once a dawg...," a fan tweeted.

"This is stupid on y’all’s part. The Tara Theme if anything, unified the crowd after a game, win or loss," another tweeted.