A look at some of the commemorations, remembrance ceremonies, and other events across north Georgia to mark Memorial Day.

ATLANTA - Georgians commemorated Memorial Day in a much more traditional way this year.

This was the first holiday since the Centers for Disease Control changed its guidance on mask-wearing and social distancing.

People gathered at Brook Run Park in Dunwoody to commemorate the day with a ceremony, followed by a moment of silence.

"All of us should be mindful of the sacrifice that has been born by the soldiers, sailors, airmen, marines that have all sacrificed so we could be here today," said DeKalb County Commissioner Steve Bradshaw.

Bradshaw, one of the keynote speakers, served in the first Persian Gulf War.

He said while it's OK to enjoy the day in the company of friends and family, it's important to remember the true reason for the holiday.

"Enjoy your family and friends. We've had a hard year, year and a half with COVID-19. It's nice to be out and with each other, but just pause, take a moment and reflect on the sacrifices that others have made so we can all be here," he said.

This parade is now in its 27th year and it generally draws a crowd of thousands from all over the area.

Among those in attendance was Lawrenceville resident Ricky Utterback. 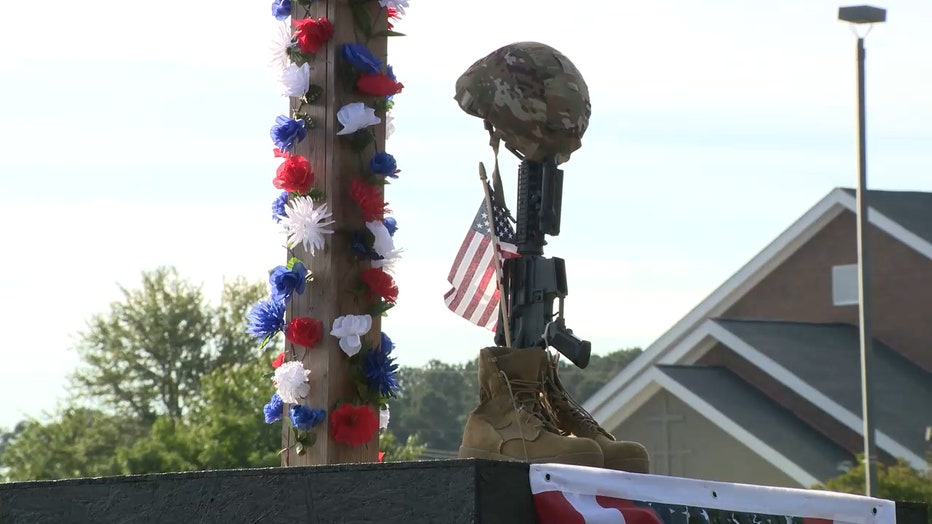 Utterback said he comes from a family of veterans and wanted to come out to honor the fallen.

Hundreds of participants drove and walked the one-mile-long parade.

Some with posters in hand, each with a picture and name of a fallen service member.

Some of the people carrying the posters were volunteers, remembering the life of someone they've never met. About 45, however, were Gold Star family members.

"There's approximately 250, 260 from Georgia that have fallen and we do honor several others from states and other conflicts, so we have about 300. People here 300 and they think that isn't a very high number but when you see the signs continue to roll by and especially when you see the gold star families carrying signs, you know just how much of an impact one soul lost has," said Steve Durling, with Fallen Heroes of Georgia.