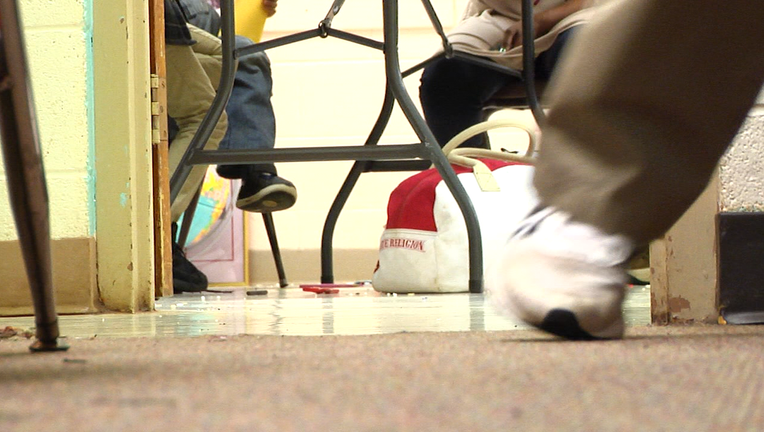 ATLANTA - Georgia is adopting new math standards that are billed as a removal of Common Core and a return to teacher freedom, but even after a year-plus delay, the new standards may not make it into classrooms before the 2023-2024 school year.

The state Board of Education voted unanimously Thursday to adopt the standards, after changes were made to an earlier proposal unveiled in March.

State Department of Education leaders say the new standards are clearer and more understandable, less reliant on academic language, and include examples of what students should know and how teachers might instruct them.

It’s a big and expensive change, requiring new instructional materials and new state standardized tests in grades 3-8 and high school. The state had planned to show teachers how to deliver the new material this year, with the new coursework debuting next August and new tests next spring. But board members are pushing Superintendent Richard Woods to hold off another year, saying schools are just too hard-pressed by the COVID-19 pandemic to overhaul curriculum right now.

"Can we have some grace or some consideration or thoughtfulness?" asked board member Helen Butler Rice. "My districts and a lot of districts are just feeling that all they can do is just keep the doors open."

Board member Stan DeJarnett, a retired superintendent, warned during committee discussion Wednesday that delaying implementation could have a domino effect, pushing back changes to areas in other state standards. The board is supposed to overhaul English and language arts standards next.

Matt Jones, chief of staff to the Republican Woods, said Wednesday there will be "a very likely delay in implementation. We know things are changing on the ground." He said Woods would decide in December or January whether to go forward. But math teacher training this year is likely to begin focusing on the new standards anyway.

Common Core was an effort to write academic standards to be shared by all 50 states that would enable students to learn more analytically and less by memorization. With the support of then-Gov. Sonny Perdue, Georgia joined 45 other states a decade ago in adopting Common Core-inspired guidelines for what each grade’s students should learn in math and English language arts.

That change set off criticism as some struggled to adjust to math instruction that taught students to think about numbers and reach answers in ways different than what was traditional in American schools. President Barack Obama’s administration was accused of wielding improper federal influence, and Georgia Gov. Brian Kemp was among those who made it a political issue.

"I am confident the final math standards eliminate the remnants of Common Core, will provide an excellent education for our students, and are based on an unprecedented level of collaboration from across the state," the Republican Kemp wrote in a letter Monday endorsing the changes.

Georgia’s new standards will mean traditional methods of computation will always be acceptable, and that state test results will depend only on students getting the right answer, Jones said Wednesday.

State officials are hoping it will bring an end to complaints from parents that students weren’t allowed to solve problems the way previous generations were taught.

"So you had a lot of parents that their kid would come home with homework and their parents was trying to show them how to solve those issues, those problems, traditionally, and the student was saying, ‘Well, that’s not how the teacher says I’m supposed to solve his problem,’" Jones said.

The March proposal got shelved after some school leaders complained there was still too much material to teach in a year. Revisions made since them eliminated some standards. The state also undid many proposed changes to the core high school math sequence of algebra I, geometry and algebra II. The March proposal had sought to spread some algebra and geometry concepts across years, as well as give a greater emphasis to statistics and data literacy. Many of those changes were removed, Jones said, sticking closer to the current model.