The justices heard oral arguments on Jan. 20 on a case involving the 2018 arrest of then-state lawmaker Nikema Willams.

ATLANTA - In a virtual hearing Thursday morning, Justices on the Supreme Court of Georgia heard oral arguments on a case dealing with the 2018 arrest of a state lawmaker and whether the law police used to cuff her is unconstitutional.

In November 2018, Georgia Capitol Police arrested then state Senator and current Congresswoman Nikema Williams, D-Georgia, during a protest inside the building's rotunda.

Williams was charged with obstructing a law enforcement officer and disrupting the General Assembly.

Prosecutors later dropped the charges, but in September 2020, Williams filed a lawsuit in federal court claiming the state law violates the United States and Georgia Constitutions. 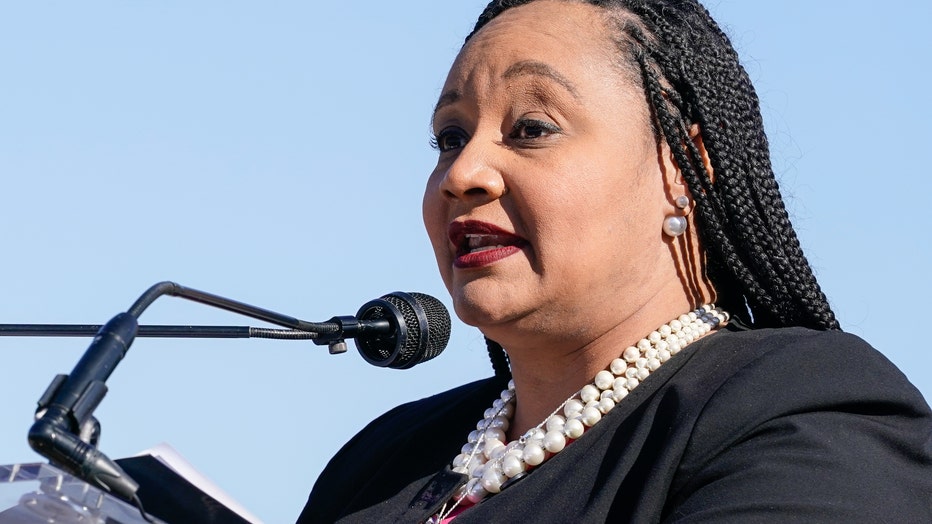 In August 2021, the Northern District of Georgia did not rule on the case, but issued an order to the Georgia Supreme Court asking them to decide whether the state law does, in fact, violate the Georgia Constitution.

Attorneys who represent Williams and the other plaintiffs argue the law is overly broad.

"That statute can apply to speech that doesn't even take place on the Georgia Capitol's campus," explained Zack Greenamyre, one of the Williams' lawyers.

Georgia Deputy Solicitor General Ross Bergethon, however, argued that the law does have limitations and protects the state's interests.

"The people's representatives have an obligation and a right to carry on their business unimpeded and with some sense of decorum," said Bergethon.

One of the biggest questions surrounding the case is whether it can go forward at all. The Eleventh Amendment prohibits federal courts from hearing lawsuits against the states.

The Georgia Supreme Court can decline to answer the federal court's question entirely. Chief Justice David Nahmias said they will make a decision as soon as possible.