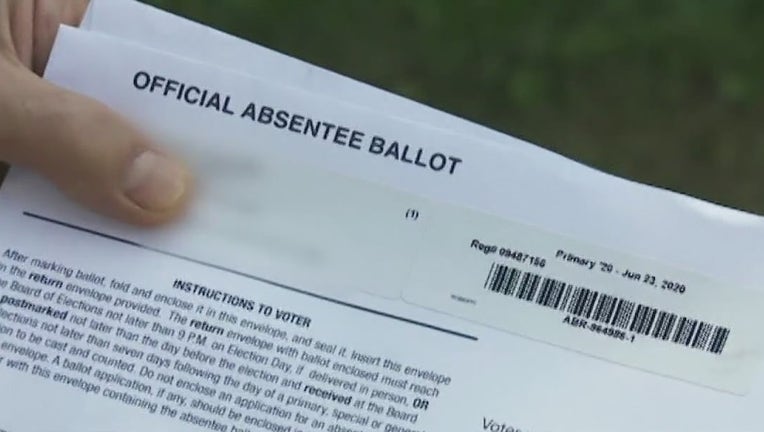 ATLANTA - A Georgia state Senate committee has approved a Republican-backed bill that would add a photo ID requirement for absentee voting, after a surge in absentee ballots helped Democrats win the state’s presidential election and two U.S. Senate runoffs.

The Senate Ethics Committee voted Thursday in favor of Senate Bill 67, which would require that a person include their driver’s license number, other state ID number or a photocopy of an approved ID when submitting an absentee ballot application. The bill could soon move to the full state Senate for a vote.

Currently, there is no photo ID requirement for absentee voting, and voters are verified by their signature. That verification process became the target of repeated false claims by former President Donald Trump, despite election officials in Georgia emphatically saying there was no widespread fraud.

Republican lawmakers have seized on the issue, saying photo ID should be required for absentee voters to safeguard the process and restore confidence in the system.

Democrats and voting rights groups say the measure is unnecessary and will only disenfranchise lawful voters.

State Sen. Larry Walker, a Republican from Perry sponsoring the legislation, said it is "an attempt to provide an easily verified way to confirm that the person requesting the ballot is indeed who they say they are."

Democrats on the committee raised concerns that it could be burdensome for some voters, including elderly and first-time voters who don’t have a driver’s license. They also raised concerns that mailing in a copy of an ID such as a passport could lead to privacy and identity theft issues.

Georgia Gov. Brian Kemp and Secretary of State Brad Raffensperger have both endorsed the idea of requiring photo ID for absentee voting, though they have not yet backed a specific proposal.

Fulton County, a Democratic stronghold that includes Atlanta, has often been singled out by state election officials for problems including long lines on election day.

State Sen. Sally Harrell, a Democrat from Atlanta, said she feared partisan motivations could come into play. The state election board currently has four Republican members and one Democrat.

The committee also approved legislation that would mandate that counties begin to process absentee ballots before election day, a rule Raffensperger began implementing last election cycle. Another bill approved by the committee would shorten the time counties have to report records of who voted in an election from 60 days to 30 days.

The last bill approved by the committee, Senate Bill 188, would require the secretary of state to create a public-facing portal that shows how many total ballots were cast by method, before any results could be reported. If passed, the measure could delay results being released by several days.