Georgia Gov. Kemp and state officials say they hope to begin repair work on I-16 bridge as soon as possible after a after a dump trailer struck the bridge, causing it to move six feet. I-16 is the main route between metro Atlanta, Savannah and Hilton Head Island in South Carolina and traffic is being impacted.

TREUTLEN COUNTY, Ga. - An interstate that connects metro Atlanta to the Georgia coast is closed in both directions after a crash knocked a bridge offline, authorities said Thursday.

A detour is in place for Interstate 16 bridge after a dump trailer struck the bridge Thursday morning, The Georgia Department of Transportation said.

The crash caused the bridge to shift about 6 feet, the agency said. It shared photos on social media that show the bridge dislodged from its concrete base. 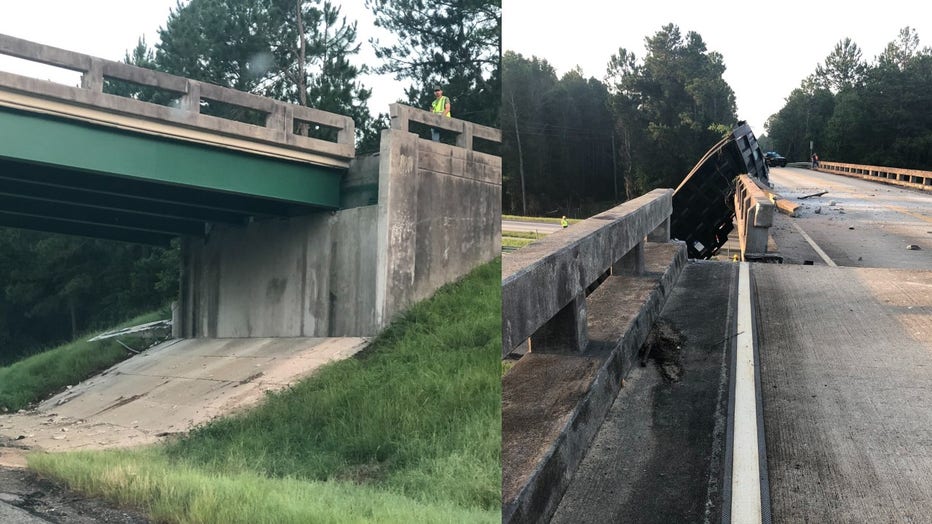 I-16 is the main route between metro Atlanta, Savannah and Hilton Head Island in South Carolina. The interstate is closed in both directions from Exit 71 to Exit 78.

The bridge is about 150 miles southeast of Atlanta.

Motorists are encouraged to find an alternate route or expect major delays if you were planning to use the interstate.

Drivers coming westbound from Savannah will need to text a detour starting at Exit 78 that turns on to US 221, which will head to US 80, go through Adrian, Georgia, and then turns left onto State Route 15, which will allow you get back on the interstate.