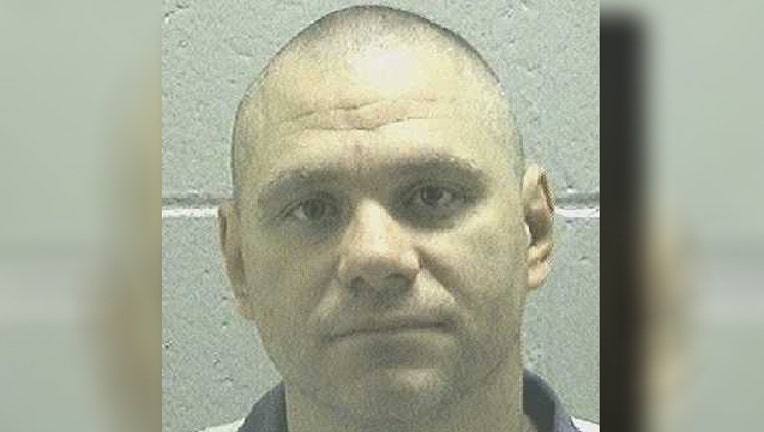 JACKSON, Ga. (AP) -- A man who was convicted of fatally beating another man after a night of drinking and drug use in 1994 was put to death late Thursday in Georgia.

Joshua Bishop was pronounced dead at 9:27 p.m. Thursday at the state prison in Jackson by injection of the barbiturate pentobarbital, authorities said. The 41-year-old inmate was convicted in the June 1994 killing of Leverett Morrison in Milledgeville.

Bishop spent June 19, 1994, drinking and using drugs with Morrison and a third man, Mark Braxley, according to court records. The records show they drank at a bar that evening and then went to Braxley's trailer, where they continued to drink and use drugs.

Morrison fell asleep and Braxley decided he wanted to take Morrison's Jeep to visit his girlfriend and instructed Bishop to take his keys. Morrison woke up as Bishop was trying to take his keys from his pocket, and Bishop hit him over the head with a piece of a closet rod to knock him out, according to the court filings.

Bishop told investigators he and Braxley both beat Morrison and, once they realized he was dead, they dumped his body between two trash bins and burned his Jeep.

Bishop and Braxley were both charged with murder and armed robbery in Morrison's death. After a trial, a jury convicted Bishop and sentenced him to die. Braxley pleaded guilty and got life in prison. He's been denied parole twice and will next be eligible for consideration next year.

While Bishop confessed to his involvement in both killings, his lawyers argue that Braxley, who was 36 at the time, was the instigator and exerted his influence over Bishop, who was 19.

Bishop's lawyers also have said he had an extremely rough childhood, with a mother who constantly drank and used drugs and had a weakness for abusive men who beat her and her sons. He bounced between foster families and group homes and was homeless at times, they said.

Baldwin County Sheriff Bill Massee, whose office investigated the killings of Morrison and Willis, acknowledged that Bishop had a tough home life but said the slayings were very violent and that he believes Bishop was the most aggressive. Massee said he also met this week with two daughters and a son of Morrison, who said they want Bishop to be executed.