Georgia's craft breweries have managed to stay afloat during the pandemic and dozens of breweries raised a glass on Saturday to celebrate their resilience.

ATLANTA - Craft breweries across Georgia celebrated their resilience on Saturday with a statewide event designed to turn out public support for dozens of local businesses.

On Saturday, 50 breweries in Georgia celebrated with their original craft brews on Georgia Beer Day.

The event was organized by the Georgia Craft Brewers Guild and supports the guild's members by donating $1 for each glass.

The participating breweries offered a limited edition collector's pint glass to raise awareness and drive interest and excitement to the state's breweries. It featured a collage of Georgia symbols in including the Cherokee rose, the state flower, the Southern Live Oak, the state tree, the Honeybee, the state's official insect, and the Brown Thrasher, Georgia's state bird, in the center of the glass. Artist Larry Choskey designed the glass. 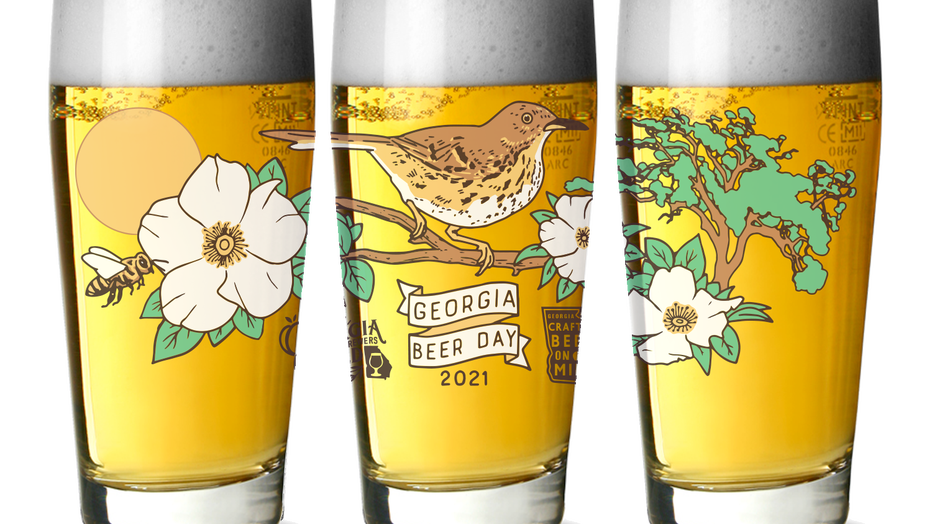 "We've actually done pretty good, mostly from the standpoint that it's such a nice place to come have a few beers," Nathan Cowan, co-founder and co-owner of Eventide Brewing said. "We have a nice, big, beautiful patio at Eventide and we have socially-distanced interiors as well. It's a safe place to come and get a little bit of normalcy and get out of the house."

Coupled with that resilience is some creativity, which has also helped Georgia's craft breweries stay afloat in their own ways.

"They're entrepreneurs, they're innovative, so we hope all of our small breweries make it through," Joseph Cortes, executive director of the Georgia Craft Brewers Guild, said.