Officials said a wanted man is dead and a Newton County Sheriff's Office deputy is recovering after an exchange of gunfire in Covington. Officials expect the deputy to fully recover.

COVINGTON, Ga. - Officials said a wanted man is dead and a Newton County Sheriff's Office deputy is recovering after being shot in Covington.

Officials could not immediately provide an update on the deputy's condition but said he was expected to fully recover.

At 5:44 p.m. on Tuesday, a sheriff's office spokesperson said deputies went to a home off of Ga. Highway 162 in Covington to find a wanted person.

Deputies said the suspect barricaded himself inside the house. Additional law enforcement was called to the scene. 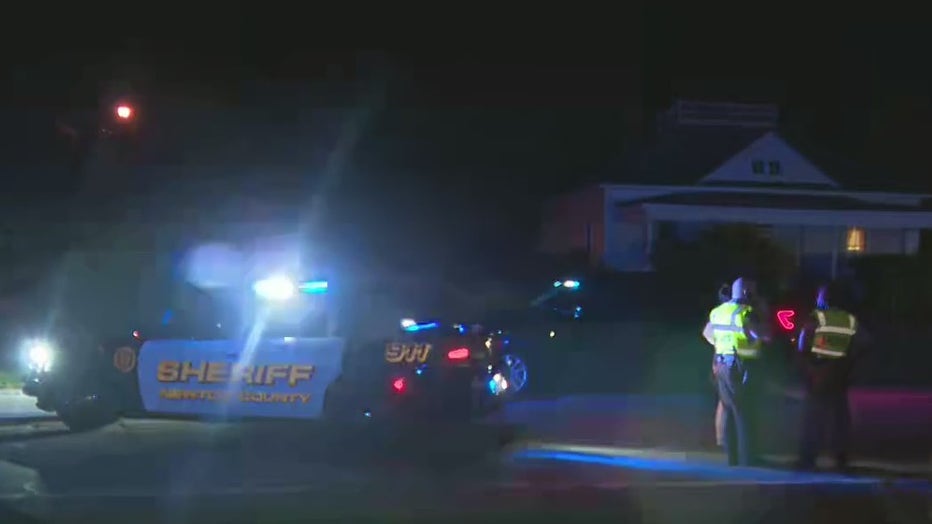 The GBI is investigating a deputy-involved shooting in Covington. (Photo: FOX 5 Atlanta)

When the suspect was removed from the house, the spokesperson said, shots were fired.

The deputy was hit and the suspect was pronounced dead at the scene.

The Georgia Bureau of Investigation is opening an independent case and will turn its findings over to the district attorney's office.