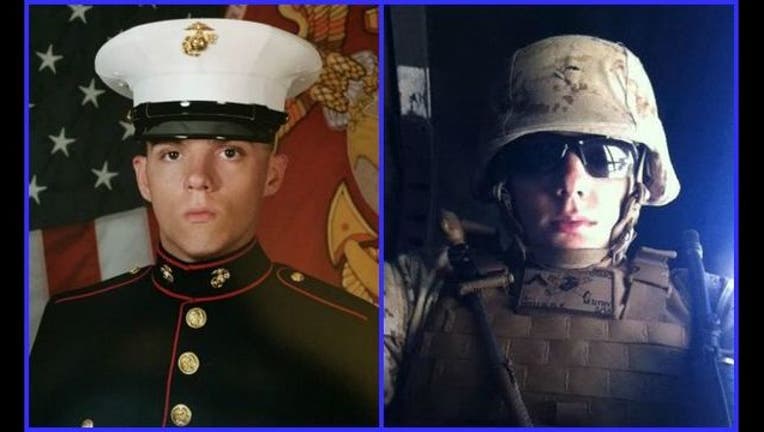 People put their hands over their hearts in silent salute to a fallen Marine Sunday.

Lance Corporal Squire "Skip" Wells was honored at his funeral as a dedicated Marine who gave his all for his country.

"He cared more about his fellow Marines and the mission than he did his own well being," said 1st Sgt John Coyne, who supervised Wells.  "That's what he was doing on July 16--disregarding his own safety so that others might survive."

Wells and four others died after a gunman opened fire that day on a Marine recruiting center in Chattanooga.

A friend since middle school, JarekQ Aloiso, remembered Wells as someone who loved sports, video games and military history.  He recalled Wells quoting the movie Saving Private Ryan after Aloiso injured his arm in a skateboarding accident.

"I was bleeding and crying in pain.  Skip watched the whole thing and ran to my rescue," Aloiso explained.  "He carried me for a bit and then put my good arm around him up the driveway.  It was like two soldiers in Normandy helping each other off the beach.  Skip even yelled, 'Medic!'"

Above all, those who knew Wells remembered him as someone dedicated to his country and determined to be the best Marine possible.

"His memory will be preserved.  His name will be recorded in our history books as a great artillery man, a great Marine and a hero of July 16th 2015," Coyne told the crowd.