FULTON COUNTY, Ga. - All Fulton County schools will be closed Tuesday after a teacher with school system tested positive for coronavirus, officials have announced.

In a statement, a spokesperson for Fulton County Schools says that they were told Monday at 11 a.m. by the Fulton County Department of Health that they have an itinerant teacher with a confirmed case of coronavirus.

A Fulton County teacher tested positive for the coronavirus prompting the school district to close on Monday.

"The teacher fell ill at work on Friday and the staff called 911. The teacher was transported to a local hospital from Bear Creek middle school. There was enough concern about the employee's status that they thought the employee was having some other kind of medical emergency," Dr. Looney told reporters. He declined to describe the employee’s symptoms but said they were very serious.

"I can say with certainty that within this process, this particular employee had a lot of contact with the students that he or she serves and also with additional staff members," Looney said.

Health officials are now working to identify all those who had contact with the teacher to follow up.

Based on concerns over the virus, Fulton County says they immediately dismissed Bear Creek Middle School, Woodland Middle School, and Creekside High School. All schools in Fulton County, including most in Atlanta, will be closed on Tuesday as a precaution to assess potential risk and to clean and disinfect all schools.

Governor Brian Kemp gives update on the coronavirus and the state's readiness.

"Obviously, as a school superintendent I never want to close schools, but would rather close all the schools than run the risk of putting other students and employees at risk. This will give us time to sanitize and scrub the schools and prepare for additional concerns," said Looney.

As of Sunday night, Georgia has five cases of COVID-19, with three in Fulton County, one in Cobb County, and one in Polk County. The state also has six other presumptive positive tests which they are waiting on results: one from Cherokee County, two in Fulton, two in Cobb, and one in Gwinnett County.

Officials have not said how the teacher was exposed to the strain of coronavirus. 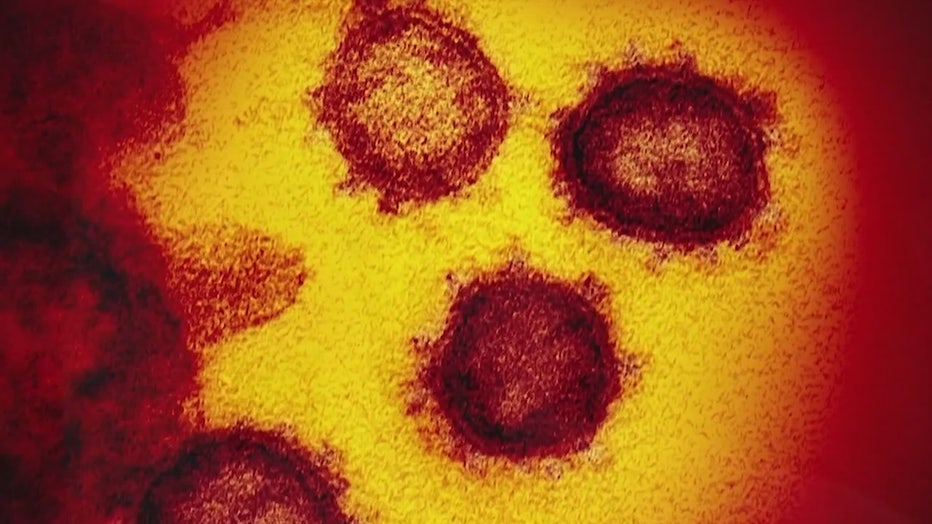 Monday, state officials announced that they have designated Hard Labor Creek State Park in Morgan County as a location that could be used to isolate any patients with COVID-19 exposure. This announcement came after a weekend release that over 34 passengers of the Grand Princess cruise ship will be transferred to a Cobb County airbase either late Monday or early Tuesday.