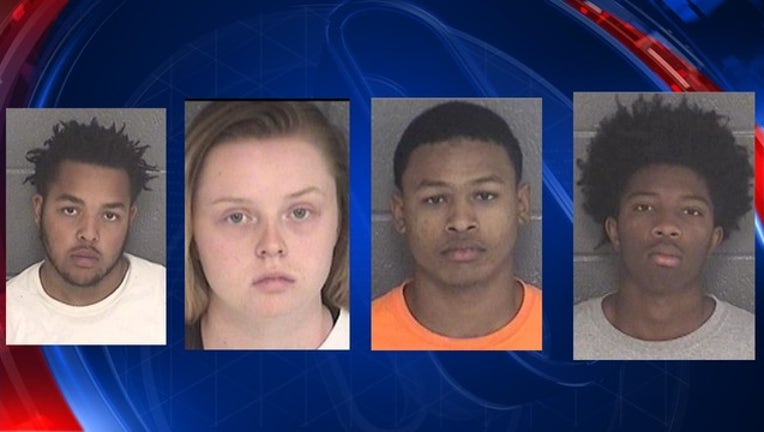 BARROW COUNTY, Ga. - Four people were arrested in connection to a property damage case, with estimated damage to be over $10,000, according to the Winder Police Department.

Authorities say they responded to over 20 reports of property damage where a group was riding around at night shooting out windows of vehicles and business with a BB gun.

Detectives investigated the incidents and identified the four suspects, who have been arrested and await a trial, according to police.