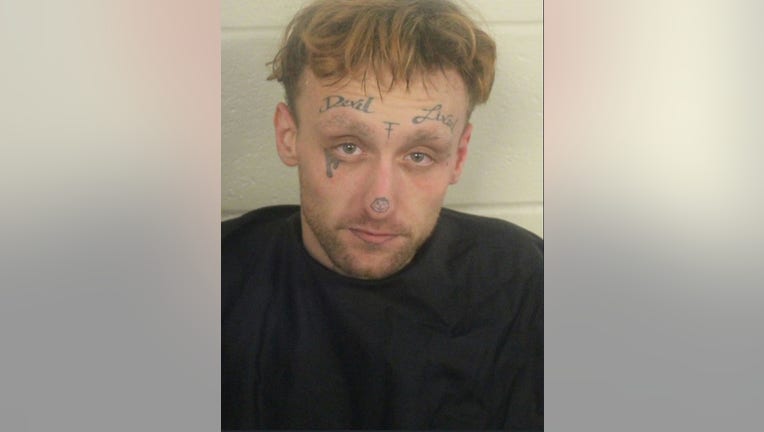 FLOYD COUNTY, Ga. - Floyd County deputies have arrested a suspect with face tattoos wanted on charges of arson, cruelty to children, and more.

According to investigators, the charges stem from Sept. 27, when Fuller was seen by his ex-girlfriend pouring fuel outside her bedroom at a home on Aubie Lane Road in Rome, Georgia.

Fuller took his shirt off and lit the fuel on fire, causing the house to begin burning. He then allegedly set a second fire using kids' toys outside another window of the home.

Deputies say Fuller knew that his ex-girlfriend and their son and another child were inside the home at the time because he had been at the home earlier that day.